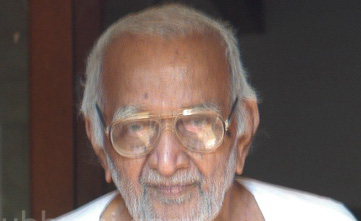 The ‘Janaraksha Yatra’ led by BJP state president Kummanam Rajasekharan starting from Payyannur in Kannur to Thiruvananthapuram is one of the most controversial political campaigns witnessed by Kerala in recent past.

The program was planned at the national level foreseeing the elections in 2019. Not only did the national president inaugurate the campaign, he also took part in the march to walk for a few kilometres. Many national faces of the party including Uttar Pradesh Chief Minister Yogi Adityanath and union Ministers are taking part in the program for several days. Similar to the march held in Kerala, the BJP has planned campaigns in Delhi and different state capitals to create an awareness among the people about the ‘jihadi’ elements in Kerala. Thus, the march drew immense attention at the national level. Journalists of several Hindi and English channels covered the march. The BJP initiated this campaign that was put off twice, diligently planning to make significant inroads into the social sphere of Kerala. However, an amusing aspect is that, the yatra turned into an event that imparted the biggest political jolt to the BJP in the state, even before it reached midway.

The BJP has been promulgating with the help of many English and Hindi television channels that Kerala is a dangerous place. The campaign started with reports that the RSS workers were being rampantly murdered in the state. It later grew more aggressive with campaigns like Kerala turning into a difficult place for Hindus to survive. The Yatra began as a continuation of these campaigns with the slogan ‘Everyone has the right to live’ against the ‘red-Jihadi terrorism’ in the state. According to them, there exists a covert nexus between the Islamic terrorists and Marxists and that they were turning Kerala into a dangerous place.

The failure of the march began when the theme of the Yatra was decided. Jihadi and Marxist terrorism is something which attracts the north Indian media. However, it would prove futile before the Keralites. It’s true that the RSS workers gets killed in political conflicts. It’s also true that the RSS activists rampantly murder people. After the present government came into power, RSS committed two murders with the sole aim of unleashing communal riots in the state- Riyas Moulavi murder in Kasaragod and the murder of Kodinhi Faisal in Malappuram. A group that has already proved their skill in murdering people, conducting a march against murder, calling for peace and the right to live, is itself, making a mockery of themselves. The discovery that the jihadists and the Marxists join their hands together to commit the killings is even more ridiculous.

The second reason for the failure of the BJP yatra is that their campaigns visibly injure the nationalism and pride of the Keralites. When the different yardsticks related to the development are analysed, several achievements of Kerala are at par with the developed nations or much above the national average. It’s in such a state where the Uttar Pradesh Chief Minister advised to learn how to run hospitals, from UP. The BJP leaders from the north Indian states that stands much backward in the matter of development indexes, advising about progress and hygiene was akin to humiliating the people of Kerala. Each and every explanations of the BJP on the matter had only made them seem more ridiculous. That was the reason why the wounded conscience of the Keralites stood up against the BJP. The party cannot save itself from the ire of rejection and ridicule raised by youths on social media.

A political party should find its place and grow by seriously intervening in developmental and political issues as well as leading popular protests. But the BJP has always made attempts to gain benefits by raising divisive slogans, irresponsibly. It’s this narrow and regressive aim which the people unitedly defeated, irrespective of their parties. This sends the message that such divisive agenda would not be successful in the state. BJP has lessons to learn in the matter. The party should contemplate on why the ‘yatra’ failed. They should also do the groundwork on how to become a party that Kerala wants.