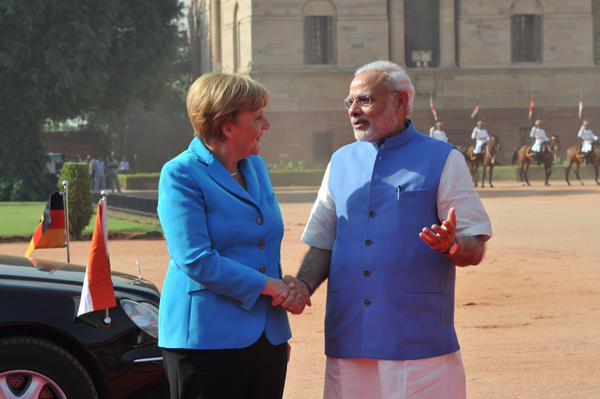 The outcome of the 19th federal elections held in Germany last Sunday could be believed to pay way for new political consensus in the European Union itself.

Although Angela Merkel’s centre-right Christian Democratic Union (CDU) emerged as the largest single party proving right the opinion surveys and exit polls, the party won only 32 percent of the vote. Therefore Merkel will have to find coalition partners from smaller parties like the Green party in order to secure the fourth term as Chancellor. At the same time, these parties haven’t made clear their stance so far. Therefore, forming a government is likely to get delayed similar to that in 2013. Given that the Social Democratic Party (SDP) that secured 20 per cent of the votes has decided to go into Opposition, the new government supposedly will not be able to move ahead smoothly. This political uncertainty in Germany that usually plays a crucial role in formation of policies of European Union, has triggered apprehensions in the region. Another significant aspect is the far right party Alternative for Germany (AfD) making its way to Germany’s parliament for the first time with 12 per cent of the votes.

Although Merkel and her party have got the opportunity in their hands to lead Germany for the longest period since the World War II, they are not in a frame of mind to celebrate it politically. The party has this time lost almost 9 per cent of votes than that received in 2013. However, the share of votes received this time is the lowest in the history of the party. It’s clear that anti-government sentiments are not the only reason behind it. The results indicate that the humanitarian stances she held on to in matters including migration failed to receive the required acceptance in the country. The incident in which thousands lost their lives when the boat they travelled capsized in the Mediterranean Sea in the first week of January 2015, was what triggered a discourse on ‘migration crisis’ in the EU. In the emergency meeting called on by the EU, it was Merkel who urged for compulsory quotas for all the member countries for sharing the distribution and rehabilitation of the refugees. Although the suggestion was partially rejected, she implemented the decision in her country right from the start. Merkel’s stance was a relief for the refugees from North Africa and West Asia wrecked by internal conflicts, political clashes and natural disasters. About 9 lakh people sought asylum in Germany in 2015 alone. When the nationalists in the country and the extreme right wing came forward demanding to curb the influx of refugees, Merkel came under pressure. These parties adopted the anti-immigrant stance raising issues such as safety and unemployment. With such campaigns gaining momentum in the regional elections, Merkel’s party accepted defeat. That when she changed her favourable approach towards the refugees. Social Democrats, the coalition party of Merkel have also received less vote share because of the same reason. Estimates prove that it is the ‘neo-Nazi’ party of AfD that has been benefitted.

The victory of AfD literally establish the prophecies during the election campaigns that Hitler’s ghosts would return to the parliament. Although the anti-immigrants among the liberal political parties and others were described as ‘ghosts’, a nationalist, right-wing party that claims to be the successors of Hitler have now entered the parliament. The party that was formed in 2013 marked their entry by securing four per cent of votes in the federal elections the same year. They proved their power again by grabbing seven seats in the European parliament elections the very next year. The party repeated the same victory in this election as well. It’s the continuation of the neo-Nazi wave which swept across Britain, Netherlands and France that is seen in Germany. The fact that these parties who strongly advocate extreme racism and anti-immigrant sentiments, have been emerging as crucial powers in the European Union is what makes the outcome of German elections relevant than the other triumphs and failures. It is also what sparks concern across Europe and the rest of the world.