Is governance all about figures? 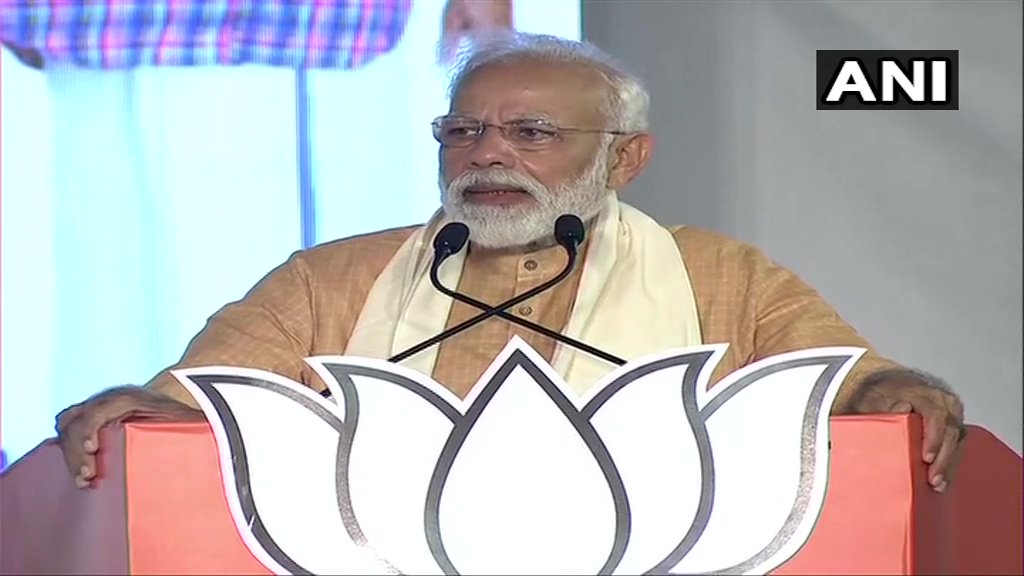 The Prime Minister, his Ministers and party leaders have not so far hesitated to make claims and proclamations about development a hundred times more than the former governments. Even as the safety of the country’s citizens has reached a precarious state akin to a ‘goonda nation’, the central government is using the same ploy called development to turn a blind eye towards the happenings and using it as a means of evasion. And hence as Modi government is nearing the end of its term, the political observers and journalists have actively come out to analyze where the claims and announcements of development projects made by the BJP government before and after coming to power, stand. The images and reports they reveal do not boost the reputation of the government but taints it. This is not an analysis of the Opposition that is responsible for criticising the government, or some media or observers who takes up that role. When Modi came came up with the slogan Sabka Saath, Sabka Vikas, even the individuals and institutions that turned into megaphones of government projects and schemes so as to somehow ensure his victory, are currently in a state of shock and despair before the facts. Even those who puffed up the image of Modi are being disappointed realizing it as a sham.

Modi government that came forward with major claims was at the beginning announcing new projects one by one. What if there are no funds for implementing the schemes? The fuel price was hiked up day by day pushing people into misery. That was not enough; even surcharge and other taxes were levied from them. It was by offering alluring promises of the nation being freed from the bad reputation of open defecation and every house being provided with electricity that inspired the people to endure all the sufferings. When the pro-BJP media and the experts inclined to the party bragged about it, no opposing voices were raised. However, with the term of BJP government nearing its end and the party beginning to face unexpected jolts, the thoughts and studies that are contradictory are becoming more relevant. At present, many have begun to openly call out the moves starting from Swachh Bharat program that was announced by Modi during his first address at the Red Fort on the first Independence Day after coming to power to measures like demonetization and Goods and Services Tax (GST). The fact that several of the schemes named after prominent Sangh Parivar leaders were actually renamed versions of the schemes already launched by the erstwhile Congress government, has also come to light. After Narendra Modi government assumed power at the Centre, the phenomenon that evolved in the country is that of communal polarization gaining strength and Sangh Parivar forces going on a rampage with their goonda raj. Beyond that, the reports that surface daily prove that many of these measures introduced in the name of government reform, ended as massive blunders and paper tigers.

The latest data that came to light is from the power sector. One of the dreams that Modi gave to the nation when he took charge in 2014 was that all houses will have electricity connections. The Prime Minister also declared an additional assistance of Rs 16, 320 crore last year to accomplish the slogan ‘Gaon ho ya Shehar, roshan hoga har ghar’. However, the goal of power supply in all homes is to connect the country’s 18, 000 villages through electricity and complete the work by next month. Reports say that even after all the work is completed, three crore twenty lakh homes will still be in the dark. Only when the reason is analysed, would one come to know of the government’s tactics. If power is supplied to ten per cent of all households and public places such as schools and health centres in a village, then it is considered officially electrified. According to that, villages with newly provided power supply make up only below 8 per cent. Even when the country’s reputation gets a boost by providing electricity to 82 per cent citizens in 2016, the estimates by International Energy Agency says that 2 crore 39 lakh people have still not received power.

The deceit in the data regarding the power sector proves that one of the tactics of Modi governance is to seal the loopholes with figures when the PM realizes that the massive dream projects announced could not be implemented. The media has already exposed the fact that Modi government has only renamed the 23 schemes introduced by the UPA government. When the fuel prices surge up, the statistics from different states indicate that even the Swachch Bharat scheme which earlier provided relief, has become an unattainable goal. When Modi came to power, he and the BJP had said that they would stop party politics and talk only about development. But with the governance used only as a tool for carrying out the hardline communal agendas of the Sangh Parivar, Modi as BJP’s second ‘Vikas Purush’ ends as a failure in governance.