UN Report on the Rohingyan situation 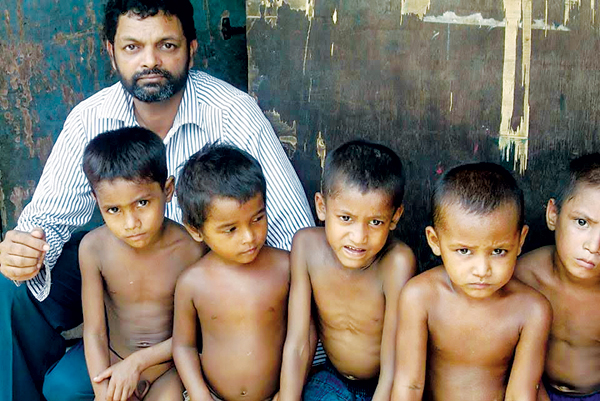 Nearly seven lakh Rohingyas have been subjected to racial attacks in the Rakhine province in Myanmar.

Now when a report about the human rights violations against them has been submitted by a team appointed by the United Nations Human Rights Council in 2017 after factual investigation, it has become a subject of active debate at the international level once again. The UN team prepared the report by interviewing about 875 of the several thousands of Rohingyas who have been living as refugees in Bangladesh and examining their photographs, videos and satellite images. What has been unveiled before the world is the report which points towards the shocking incidents of massacres, rapes and persecution carried out by Min Aung Hlaing, Commander-in-Chief of the Myanmar armed forces together with almost twenty senior military officials. The report criticises that as per international law, what the Myanmar army committed against the Rohingyas constituted brutal crimes. Aung San Suu Kyi, a Nobel Peace Prize laureate and the current State Counsellor of Myanmar, has not been willing to utter a word even after much inhuman atrocities taking place in her own country. There is a mention of her as well in the UN report. She has been reluctant to intervene in the clashes taking place in the Rakhine province. In this situation, the main demand in the report is to put on trial the Myanmar army that is responsible for the racial violence.

But the Myanmar regime has summarily dismissed the report of the UN fact-finding mission. The government spokesman has claimed that allegations that the military massacred thousands and raped women, are pure lies. The government also says that since the findings are false, the UN fact-finding panel will not be given entry into Myanmar, and it will reject resolutions introduced by Human Rights Commission. The strange fact born out of a paradox is that the report – which the regime described as against facts - came to be presented only because the UN delegation was not allowed to enter Myanmar. If the delegation were given access to the country right at the beginning, and the government version were presented before them, wouldn’t the UN delegation be forced to submit a different report? A question that begs answer. Therefore the matter is clear: Many things that the outside world should not be allowed to know, have happened in Rakhine. The report makes it clear that the mission collected not only the statements of victims, but even sufficient evidence about them.

At the same time, the point to note is that the main backer and support of Suu Kyi is China. Chinese foreign ministry has claimed that a political solution would be the desirable solution for Rohingyan crisis, and the problem cannot be solved through allegations and pressure. It would appear as though the hard sufering of a people or their helplessness on being tragically expelled from their own motherland, does not seem to bother the number one power of Asia. If at all a political solution is necessary, that country does not take any initiative for that either. If Rakhine province belongs to Myanmar, are not the people living there for centuries also Myanmar citizens? The reasons for the discrimination and violence, and denial of rights, are patently racial. Ipso facto, it becomes clear that the plan of the government and the military is to retain the Rakhine province as part of Myanmar by either annihilating the racial minority of Rohingyans or by extraditing them. And for her part, Aung San Suu Kyi looks afraid of moving even a finger against the deeds of the military for decades.

The agenda of the military leadership is to kill democracy by putting up Aung San Suu Kyi, who had led the movement for restoration of democracy, in the front as a puppet. As for China, which has not acted democratically or humanely to its own racial minority in Xinjiang province or the Buddhist population in Tibet, it naturally lacks the courage to point its finger at Myanmar's military leadership. It is undeniable that rulers of each country are influenced by their own national interests above everything else. Even the reluctance of India's Modi government to raise its voice against Myanmar's atrocities and human rights violations, is driven not only by the religious background of Rohingyans, but also by the fear that an intervention may impinge on its Kashmir policy too. Therefore, what those standing on the side of justice look forward to, is strong action by UN Human Rights Council and UN Security Council. However, if China ventures to use its veto, there will not be any point in being optimistic. Then the tragic denouement will be that not only the 7 lakh Rohingyans, but Bangladesh - which bears the brunt of their burden – too will be left in the lurch.