Need not hang on to that machine any more 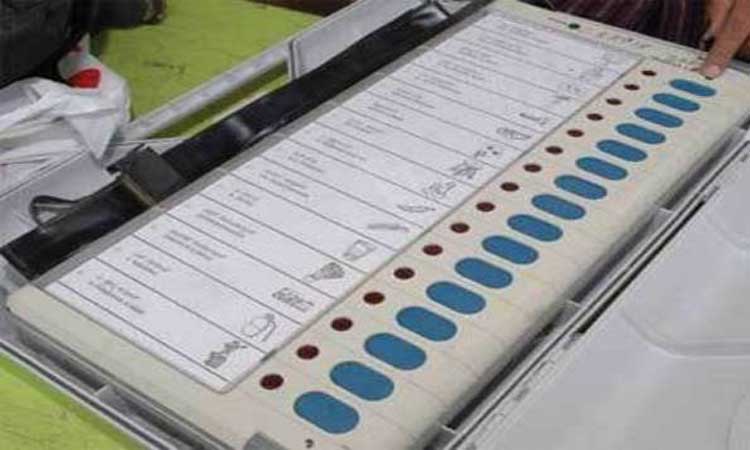 The demand by 17 Opposition parties to the Election Commission that electronic voting machines (EVM) should not be used in the next Lok Sabha elections, and instead ballot papers should be used, has once again brought the credibility of polling into public debate.

The call is made by parties with a broad spectrum of representation including the Congress, Trinamool Congress, DMK and the Communist parties. Shiv Sena, which is on the ruling side at the Centre, is also against EVMs. Many parties are of the opinion that in an atmosphere when concerns exist about the EVMs, ballot paper would be preferable for tamper-proof voting. In addition to suspicions raised about the chances of manipulations, the extensive glitches in the voting machines during the recent Lok Sabha bypoll to the Kairana constituency, had come to serious notice. Out of 2,056 machines, 388 units went out of order, including the VVPAT (Voter Verified Paper Audit Trail) facility that issues receipt for votes. Although Election Commission cites excessive heat and light as the main cause, the Central Government has now rejected that contention. It was in response to the fears about its recurrence in the polls, and in the context of the Lok Sabha polling scheduled to fall in the very hot months of April and May, that minister PP Choudhary rejected the Commission's explanation. Although the minister does not explain how the voting machines had malfunction in several places, he went on to inform the Rajya Sabha that it was decided to continue using the machine. In this context, the position of many parties about EVM has given the matter some urgency.

It is true that using EVMs has many benefits. One is that the overall cost of elections will be reduced. The time required for polling and counting will also be cut short considerably through its use. These are sufficient reasons to stick to their use if they are foolproof. But unfortunately, the machines have so far not been able to acquire the infallibility or credibility to capitalize on their advantages. In spite of using the renewed models of voting machines time after time, complaints keep increasing, not decreasing. Things even reached such a pass with instances where whatever symbol the voter voted for, all votes went in favour of the same symbol. Although it can be said that complaints raised from time to time were solved there and then, solutions satisfactory to the complainants were not provided in many cases. Not only that, doubts arise that there can be other defects than the noticed ones.

Such suspicions cannot be dispelled merely by a blanket explanation that parties are blaming the voting machines to cover up their defeat. The Election Commission has been persisting in the argument that voting machines cannot be tampered with. But suspicions multiplied when BBC's science writer Julian Siddle showed that the voting machines in India can be tampered with. And New York Times pointed out that even if deliberate manipulation is not made, it cannot be guaranteed that the final result released by the machine will be free from minor errors. Prof David L. Dill of Stanford University had pointed out early on that “computerized voting equipment is inherently subject to programming error, equipment malfunction, and malicious tampering. It is time to recognize the reality that there is no basis for public trust in paperless EVM equipment”. And experts in 'Verified Voting', a voluntary organization in the US, point out that even if the right result is displayed at the time of voting, the clock of the machine can be programmed in such a way as to upset the resultby the time of counting. Such contentions have been countered by the Election Commission with a challenge to show how the machine was tampered with. But merely because nobody turned up to report at a particular spot within a few days to prove it, can it be confirmed that tampering is not possible? It was after that challenge that malfunctions were experienced and could not be explained.

In a democracy, the credibility of election is most crucial. It is for that reason that despite the merits of EVMs, most countries are not prepared to use it. In some countries, voting machines are even banned. Whatever be the arguments for and against it, lack of public credibility alone is enough justification to revisit the use of EVM. Election Commission has to initiate steps immediately in this regard. The v ery fact that so many political parties are demanding it in one voice, is ample grounds to give up the old obstinancy and to start thinking of regaining the credibility of voting.