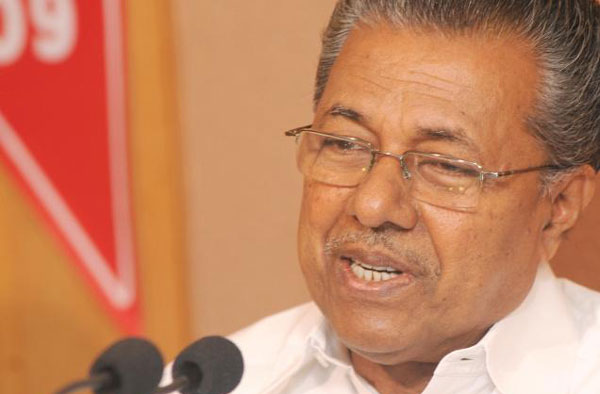 An order by the Central Government raising the creamy layer ceiling for the reservation in the State and Central government jobs from Rs 6 lakh to 8 lakh, was issued on September 13, 2017.

The Department of Personnel and Training (DoPT) issued the order in a way that it came to effect from September 1, 2017. A copy of the official order was sent to the Chief Secretaries of all the states and Union territories for immediate action. Almost all the state governments have already taken the required steps in the matter. However, the Kerala government has not taken any action so far. In a way it means that the Kerala government has buried the file related to a crucial move by the Centre regarding a demand raised by the backward communities for long. Though the creamy layer limit for the Central Government services has been raised to 8 lakh, a bizarre scenario exists as the limit for state government jobs continues to be 6 lakh. Reservation is the strongest Constitutional weapon that lead the backward classes towards progress and participation in power. The very concept of ‘creamy layer’ was introduced as part of a surreptitious plan to undermine the power of reservation and eventually to eliminate it. Therefore the backward classes have been demanding a raise in the creamy layer ceiling for quite a long time. But now the state has put on hold a favourable move regarding the matter.

This approach of the LDF government of not implementing the Centre’s decision in the state, cannot at all be seen as an isolated incident. This is only one of the several moves of the government that in effect sabotages the concept of reservation. It was this same government which implemented a 10 per cent reservation for the economically weak in the Hindu forward castes for recruitment in the Devaswom boards. Through this move, Kerala becomes the first state in India to implement economic reservation in the employment sector. And again, it is the same government led by a party which is normally eloquent about the concepts of social justice that adopts a stance of implementing, a 10 per cent reservationin the Devaswom boards, which is already dominated by the forward and elite classes.

The moves to sabotage the reservation in the appointments to the newly formed Kerala Administrative Service (KAS) is a more serious matter. The appointments to the KAS will be through three Streams. The provisions for the reservation to the backward classes have been made only in Stream 1 category where the manner of appointment is by direct recruitment. There are no provisions for reservation in recruitments to Stream 2 and Stream 3 that constitutes two thirds of KAS appointments. In Stream 2, only age relaxation has been provided for the backward classes. The KAS which will come into being soon is considered the dream sector in the State service. Those placed in pivotal positions in the corridors of power, will henceforth will now be appointed via KAS. If the goal of reservation is the participation of power for the backward classes, it should most effectively be implemented in the KAS. But curiously enough, the LDF government has adopted a regressive stance that those belonging to the backward classes should not climb up to the senior positions.

Even as the government continues to move ahead with policies that jeopardize reservation, it is puzzling that no major protests are being raised against it. There are several reasons for that. One of the factors is the disunity and fissures that has surfaced in the organization of backward classes which protects the rights to reservation. With SNDP that represents the Ezhavas, the most prominent backward class, forming its own political party and entering a political alliance with the BJP, it has lost the punch of reservation politics. Another important backward class is the Muslim community. It is true that the existing Muslim leadership is not capable of even voicing the genuine needs and problems faced by the community. They are unable to raise the fair demands of the community due to the bogey of shouldering the allegations of terrorism. This is also a reason for the movement which safeguards reservation to become blunt. The Scheduled Caste/Scheduled Tribe on the other hand, have not yet acquired enough organizational clout or agitational muscle required to correct on their own strength the government decision. It is on the back of such weaknesses that the government continues to move ahead with an approach that would do away with reservation. When a government that declared the empowerment of weaker sections as its agenda, stabs from behind, those sections can but remain silent spectators.