Not just framing law would do 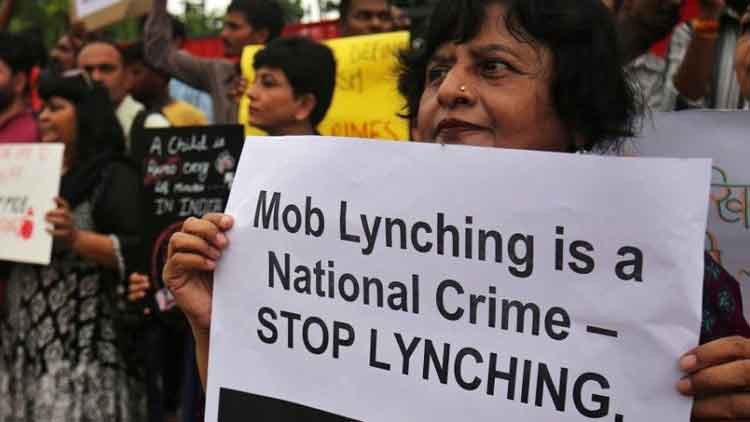 The Supreme Court on July 17 had urged the central government to form a law, in response to a PIL , to stop the increasing episodes of mob violence in the country while expressing much concern over such incidents. The court had also directed the government to submit a report regarding the matter in four weeks.

However, it was while the Modi government was believed to be sluggish over the matter that the horrifying incident in which 28-year old Rakbar Khan who was returning home after buying cows was attacked and killed by cow vigilante goons and police in Alwar, Rajasthan surfaced. The Centre has sought a report from the state government following rampant debates and protests on social media. Reports has also been surfacing regarding the Supreme Court intending to hear the plea seeking action against the Rajasthan government. Alongside, the Centre has also decided to form a high-level committee headed by union Home Minister Rajnath Singh and another committee led by Home secretary to submit the report related to formation of new law. The nation which is apprehensive over the mob lynchings that are being reported on a daily basis in the country expects that a new law will be realised soon which will please the apex court in the light of the reports to be submitted by both the committees.

But however flawless the new law is, even if it demands maximum punishment for those who set out for mob lynchings, the cardinal question being raised is whether mob lynchings can be stopped in the existing circumstances with this alone. Such a question makes relevant certain undeniable facts. The most important among them is whether the central and state governments that are currently in power gives equal importance to human lives without taking into account the religion, caste, gender, financial status or party relations. In the light of several incidents we are forced to point out that the governments display a behaviour which do not consider the lives of the poor, women and those belonging to the lower caste or minority community even worth trash paper. To allege that the police force which is entrusted with maintaining law and order and safety of lives is in the grip of corruption, hardcore extremism and inefficiency is not an exaggeration at all. When the mob corners those who are branded as child lifters by brutally attacking them or beating them to death, those in charge of law and order fail to display diligence, reach the spot on time, nab the culprits or register a case without any loopholes.

The government does not compel them for that as well. When the religious fanatics beat to death the cattle farmers or abattoir workers under the guise of cow protection goons, the police resort to investigation with a half mind only when there are severe protests raised by the people who do nothing other than click selfies and spread them through social media. With the hullabaloo dying down, their intentions come to an end. What drives the police is the audacity they possess that they will not have to answer anyone in the name of punishable negligence. Even if it is an ordinary farmer making his livelihood by selling milk who transports the cows in vehicles, the police take all efforts to establish that the victims beaten to death by the cow vigilante goons had violated the stringent law banning cow slaughter. Even if it is deemed that the cows are being taken for slaughter, nobody dare to question the right of the mob to ambush and murder them.

Isn't it clear that it was the police and not the goons who displayed more cruelty when reports show that the police who intervened in the Alwar incident in which Rakbar Khan was attacked took almost three hours to reach the police station when the distance to the station was only 1 kilometre, leading to his death?

How would laws alone prevent these humiliating incidents that taint India’s reputation while both centre and the state governments lack determination to act? More than seeking ways to ward off court’s browbeating, Hindutva government could not be expected to ensure safety to life and property of citizens. Of course, India is being led by a Prime Minister who claims to have trepidation even for dogs that jump before his car. Nothing more could be expected considering the fact that he had made the comment referring to the Gujarat massacre where over thousand were cruelly butchered.