Congress for a change 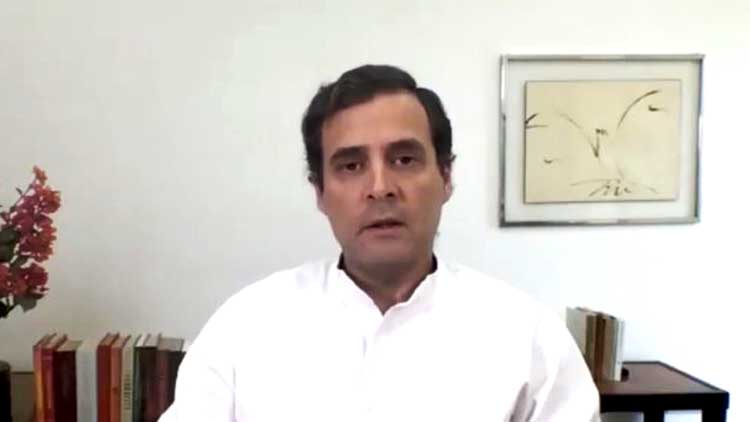 Although Congress is a political movement that has assimilated the diversities and contradictions blended into Indian nationalism the most, long term projects or agendas for determining the future path of the nation usually do not find a significant place in its party programs, beyond the catchy slogans coined during the time of elections.

However, contrary to the norm, certain positive signs of change have become visible in the party’s first plenary session since Rahul Gandhi took charge as president. Rahul Gandhi has presented short and long term programs to revive the party. The plenary session - in which planning expertise was evident from the arrangement of the podium to the drafting of resolutions - has achieved success in instilling enthusiasm among the disheartened party workers and hope to the anti-BJP parties. Both the speeches of Rahul Gandhi, highlighting the drawbacks and wrong trends in the organizational system of the Congress and describing the programs for coming to power in the next Lok Sabha elections, were of high quality. The speech turned out to be an excellent one in exposing the downsides of Modi government and also in convincing the party workers of future dreams. The only apprehension of even those who have faith in Rahul Gandhi and the Congress, is whether both have the capability and determination to put to practice the zeal expressed in the speech.

Congress that has lost power in majority of the states and at the national level is certainly making fervent attempts for a comeback. What was in display all through the 84th plenary session was an intense striving to blow the trumpet of change as seen in the session's motto ‘Time for change is now’. Every speech during the session reiterated the fact that party programs have already been set up in the backroom, right from Vision 2030 for the future growth and reinforcing the foundation of the Congress up to taking initiatives for forming grand political alliances for coming to power in the next Lok Sabha election. Although it is clear that the team of Rahul who took over the presidency, is a mixture of youth and a wealth of experience combined, it is a change of generation within the Congress that has taken place through the session. The session says that it will be Jyotiraditya Scindia, Sachin Pilot and Mukul Wasnik who will be shaping the policies of the Congress from now on.

The fact that secularism, social cohesion, constitutional democracy, protection of constitutional rights of all minorities treating them all as equals, have been included as core principles in the resolution, give an indication that the key agenda in the war front against BJP have been set. The party's resolution demanding a reversal to ballot paper from electronic voting machines has brought a response from the BJP General Secretary Ram Madhav that a debate can be had on the proposal. This has given a rare opportunity for the Congress to make its resolutions subject of public debate. But it can attract allies only if Rahul and his team succeed in developing them into political action plans. It is especially so, when the Congress will have to do sound home work to evolve its stance vis-à-vis the anti-BJP front led by Mamta, Mayawati, Akhilesh Yadav, as evidenced by its political faux pas in UP by election.

The statement by P. Chidambaram that they can come to the rescue of 14 crore people from poverty -and of the country with that number increasing - may send waves of enthusiasm among party rank and file. But that cannot hide the fact that the economic reforms introduced by the UPA government were also back-breaking for the farmers. It is unlikely to be forgotten either that those reforms were very dear to the corporates too. The Congress, while it was in power, was not a party with sympathetic approach to minorities or tribals. They only looked pale in gravity when compared to the terrible communal polarization and misuse of power of the BJP. For that very reason, it will be an overexpectation that the trust of minorities and poverty-stricken can be recaptured by stop-gap alliance equations and without clarity in political vision. The new change in the Congress party may persuade everyone to look to it with hope. But to maintain and nurture that hope, the new line of youthful leadership will have to work really hard. The future of Congress will depend on its capacity to translate the speeches at the plenary to courses of action.