Acquittal or Abuse of Power 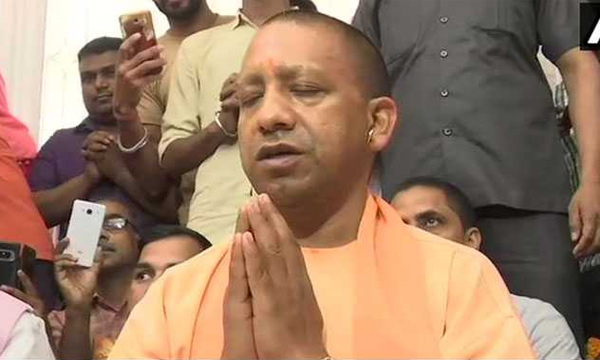 Are we witnessing the picture of a ruler himself resorting to sabotage law and systematically destroying the judicial system is what is currently seen in Uttar Pradesh?

There are reports of moves to withdraw all the cases linked to the 2013 riots planned and executed by the communal forces in Muzaffarnagar and other places. Though the official sources denied the news, reports of action being taken on the demands of a few to withdraw the cases, have surfaced. UP Department of Justice Special Secretary wrote to the Muzaffarnagar and Shamli district magistrates last month seeking the details of the cases. There are reports of plans to withdraw 131 cases involving prominent persons including Khap panchayat leaders, former union Minister Sanjeev Kumar Balyan and Minister Suresh Rana. According to the official statistics, 62 people were killed in the riots that took place in September 2013 ahead of the Lok Sabha elections. Thousands of families lost their homes. Cases are pending against 1455 people. The state government has sought the details of 131 cases soon after Khap panchayat leaders and BJP leaders urged Chief Minister Yogi Adityanath to withdraw the 179 cases in which 850 Hindus have been accused.

There are reasons to believe that the moves are surely to withdraw the cases. Ever since Yogi took charge as Chief Minister, several cases have been subjected to such ‘reviews’ and withdrawals. Yogi who had been an accused in the 2007 riot cases in his own constituency of Gorakhpur, recently withdrew those cases. According to the BJP, it is the ‘fabricated cases’ related to the 2013 riots that will be withdrawn. This means that these rulers have begun to decide the truth and lies in the cases against them. It is through the procedures of the court which are part of the judicial system that cases of common man get resolved. When those in power dismiss the cases themselves, what they commit is the misuse of power, sabotaging of judiciary and violation of the oath. Opposition points out that it is the government that is bound to protect the victims and provide assurance to them, that gives ‘amnesty’ to the murderers and acquits them this way. It is surely a revolt carried out by the government against the Constitution.

It is the duty of those committed to the rule of law to curb the attempts to withdraw highly grave cases including 13 murders and 11 attempts to murder, in this manner. If delivering life sentence to those who lynched Alimuddin Ansari in Jharkhand last year upheld the power of our judicial system, this latest news of ‘acquittal’ from Uttar Pradesh hints atthe iniquitous attempts of the government to destroy the judicial system.

This is not the first time that those who swear by oath to uphold constitutional law and to act without fear or favour blatantly violate them. Nor is it new that the confidence of escaping from punishment becomes an inspiration for lawbreakers. But it has to be recognized that during the Sangh parivar rule this tendency is becoming widespread and open. There is reason to believe that those ranging from BJP leader Amit Shah to Yogi Adityanath wriggled out of criminal cases recently, did so only thanks to the backing of power. Authorities do not do enough to catch culprits and convict the accused in hate killings. Signs of extra-constitutional powers are visible across the country. Needless to say, this will lead to total failure of law and order and open anarchy. When that happens, the ones to suffer the consequences will not be the victims of mob killings alone. It can only be hoped that every one who wants the nation to exist will read the signs of danger right now and build up defence. History bears out the fact that the state of every one in power getting impunity has always led to the annihilation of civilizations and nations.