Hashimpura: a small step to justice 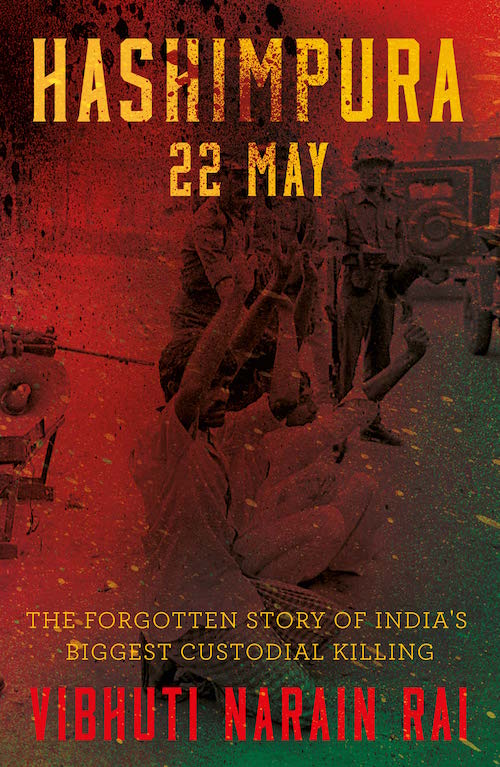 The Hashimpura massacre is an incident of mass murder which took place on May 22, 1987 near Meerut in Uttar Pradesh in which the police rounded up 42 Muslim youth, took them to the outskirts of the city, shot them and dumped their bodies in a nearby canal.

This can be considered the most horrifying mass murder that took place with the support of the administrative agency. It was a special police force of Uttar Pradesh called the Provincial Armed Constabulary (PAC) that picked up 50 unarmed Muslims, took them in official vehicles to city outskirts and abandoned the children and the elderly on the way before killing 42 youth. Although PAC, which was formed by the British in 1937 for the protection of elite landlords, has had a bloodstained history, the Hashimpura massacre is the most notorious of them all. After the local police force failed to suppress the Meerut clashes, it would seem odd that it is a specially deployed force which committed this heinous act. However, anyone who is familiar with the general nature of the north Indian police and the specialty of the PAC, may not be surprised. The brutality of the incident came to light through a few who escaped from the canal after getting shot by the police. The Congress governments which were in power at the Centre and Uttar Pradesh had tried to cover up the seriousness of the incident as much as possible. However, it was the intervention of the Muslim organisations and civil rights groups which thwarted the attempts of the government. It was a report released by a fact finding team of the PUCL comprising Prime Minister Inder Kumar Gujral (who later became prime minister) and Justice Rajinder Sachar which brought the details of Hashimpura massacre to light.

Since then, though the outcries for justice to the victims of the massacre and demands for punishment to the accused were rampant, they had not bring about big results. The UP government appointed a CB-CID team in 1988 to probe the incident after persistent pressures. After 6 years, the team submitted a report in February 1994 by including 60 police officers of different ranks in the chargesheet. The CB-CID submitted the chargesheet against 16 officers before the Ghaziabad court in May 1996. Following a petition by the families of the victims, the case was transferred to a trial court in Delhi in September 2002. The trail court verdict was issued on March 21, 2015 acquitting 16 men out of the 19 accused under the benefit of doubt. It was on the appeal filed in the Delhi High Court challenging this judgement that the verdict sentencing 16 PAC personnel to life imprisonment was passed yesterday. The incident in which such a large number of police officials have been punished, will be the first of its kind in India. But it took 31 years for that to happen.

The discriminatory approaches displayed by the different armed forces in India towards Muslims have been widely discussed. And there are quite a few theses and studies about the clandestine tie-up between khaki and saffron brigades. The Hashimpura massacre is one that is cited as the most striking exmple of the anti-Muslim character of police of all time. However, even after Hashimpura happened shocking the conscience of the entire world, that nefarious practice had been still continuing. If in earlier days this was the approach limited to periods of communal riots, since 2000 it was under the cover of 'war on terror' that systematic Muslim-hunting used to be perpetrated by the police. The number of youth assigned the label of terrorism, arrested and then turning living corpses under severe torture, will be in the hundreds. A group of so tortured youths have even come together in our country to form a collective by the name 'Innocent Network' . More recently, human rights movements have raised the demand that the police officials who torment and kill such innocents should be made liable to pay compensation for the damage. A Delhi-based volunary organization, Quill Foundation has been making significant moves in this direction. Thanks to efforts including theirs, the Natioal Law Commission has also submitted a demand before the government to make legislation providing for exacting compensation from guilty police officials. Several western countries do have such laws. The police and investigating agencies should not be allowed to become a gang, driven by their communal and racial prejudices, killing and dismembering people with glee. They should instead be turned into a mechanism doing duty entirely in compliance with law. Delhi High Court's judgement on Hashimpura is one that lends strength to such contemplations.