Is backwardness an irremovable curse? 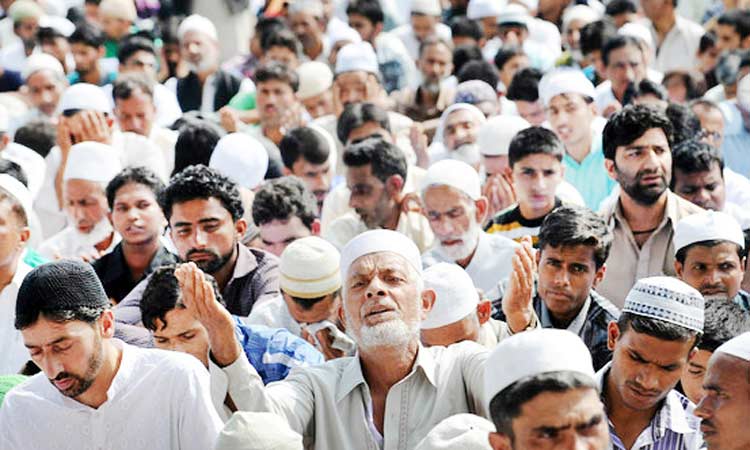 The results of the study jointly conducted by the researchers at the World Bank, Massachusetts Institute of Technology (MIT) and Dartmouth College, US, based on 5,000 villages and 2,300 cities in India have been released.

The research is about the condition of Muslims who constitute the largest minority in the country. According to the study, their state of affairs is worse than that of the Afro-American community in America. While 34 per cent of the Afro-American community receive education, it is only 28 per cent among Indian Muslims. The study focuses primarily on the conditions in the north Indian villages. It also revealed that the situation of the people in cities and that of the South Indian Muslims were relatively better. The Scheduled Caste/Tribes (SC/ST) are far ahead of Muslims in the socioeconomic caste index.

These figures will not shock or surprise anyone. This is because, the study by the American researchers team has underlined the same facts unveiled by the comprehensive study report submitted on November 30, 2006 by the Justice Rajinder Sachar Committee. This Committee was appointed in April 2005 by the then Prime Minister Manmohan Singh during the first UPA government to conduct a factual study about the condition of Indian Muslims spanning 50 years post-independence and submit a report. Based on the 2001 census, Sachar Committee found that literacy rate of Muslims in India was only 59.1 per cent while the national average was 65.1 per cent. The academic years of Muslim children in almost all the states are lower than other communities. The Committee also found that while 25 per cent of forward caste Hindus earn an income, only 13 per cent of the Muslims are salaried employees. Since the SC/ST have reservation in the government jobs, their condition is better than that of Muslims in that sector. Only Muslims in a very few states such as Kerala and Karnataka enjoy reservation. Although Sachar Committee submitted a report and recommendations on time, it got delayed to be tabled in the Parliament. No follow-up measures were taken. The central and the state governments did not consciously make efforts to improve the state of Muslims either. The US researchers also point out that things are better in Kerala and south Indian states where the state of Muslims has been relatively better even earlier. This was established in the study of Sachar Committee as well.

Given the fact that it is the BJP government which rubbished the Sachar Committee report that is in power at the Centre and in majority of the states, it is evident that there is no possibility of improving the present state of affairs. Just as Sachar Committee pointed out, how will a community whose identity and patriotism have always been questioned and who were victims of blind allegations of extremism and terror, receive education or gain equality or social justice? Given that general elections are again around the corner, the Sangh Parivar and their governments have been trying to reap benefits by strengthening the anti-Muslim sentiments and hurling allegations of Muslim appeasement against the secular parties thereby exacerbating communal polarisation. They fail to comprehend how a balanced political progress would be possible by alienating a population that comes up to 15-16 per cent in the country, creating obstacles even in the path of their endeavour to be self-reliant, and adopting negligence and untouchability as policies.

When reports like the one released now, become topics of debate at international level, how it will affect the image of India is of least concern to the communal Fascists. What become exposed in the context are their characteristics too obvious to be missed like their hatred for other religions, spite and intolerance which have overcome their minds for long. This is not an issue that should vex and create anxiety in, minorities alone. This is a fact to be seriously pondered over by every secular collective and every patriot who wish that democratic, secular and independent India should remain one, prosper, and hold its head high in the comity of nations. They should swear that there is no option other than ousting from power the narrow-minded and intolerant forces in the 2019 elections. Also, the sections who are denied justice should fight unitedly to win their rights, authority and opportunities. If sectarian interests and selfish considerations come in the way of such a fight, it will not be long before they are thrown into the dustbin of history.