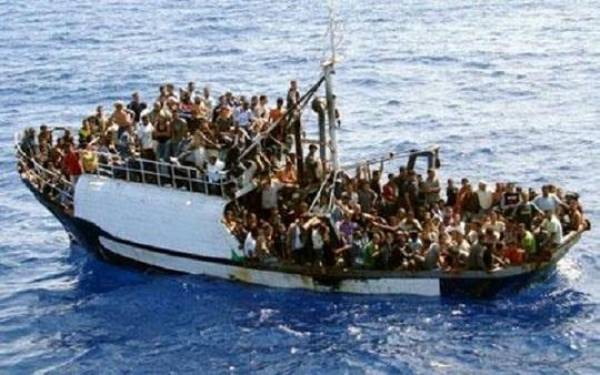 It is quite distressing that in the wee hours of Friday, 16 migrant labourers were crushed to death as a goods train speeded on them while sleeping on railway tracks in Aurangabad, Maharashtra. The country is exposed to numerous heart wrenching  stories of thousands of migrant labourers who are in a mass exodus as the nationwide lockdown was declared as a move to curb the spread of coronavirus.

The pictures of labourers trudging hundreds of kilometers  to reach their homes with their belongings and kids on shoulders are mirroring reality of our country.   It was like a bolt from the blue that Prime Minister Narendra Modi appeared on TV and declared the nationwide lockdown .   That declaration, which could bring tremendous effect on various levels of the civil life, was done without any preparation. What was seen in the subsequent days in cities including was an obvious reflection of that.  Labourers thronged streets and bus stations en masse. This was just the opposite of what the  lockdown was meant for.

The Aurangabad incident shows that the exodus of the labourers has not ceased yet. The deceased migrants from Madhya Pradesh were labourers of a factory in Jalna, Maharashtra. As they lost jobs and found no means to feed on, they set out on foot. They were walking through the railway track to reach Umaria of Madhya Pradesh which lies more than five hundred kilometres away from Jalna. Due to weariness of continuous walking, they sat on railway tracks to rest. That rest proceeded to a lull and a deep sleep. A goods train loaded with petrol wagons speeded upon them. The result: those tracks in Karmad village gotre filled with shattered pieces of human bodies.

The tragic accident shows how recklessly the lockdown is managed across India with exception  of a few places including Kerala. The migrant labourers are continuing their exodus across various parts of the country. They are bereft of livelihoods during the lockdown period. Yet, they are not provided transport services by the state and central governments to return to their respective states. Hence they are pushed to tread through railway tracks and national highways. When some of them met with an accident, the prime minister and the railway minister anxiously responded with tweets. They should realize that the country is witnessing mass migration across the country every day.

It was the Central government who announced the lockdown. The declaration was not preceded by any sort of planning, forecast or preparation to face the catastrophe that would ensuewith the lockdown. That failure is the sole reason for the inability to curb the spread of Coronavirus at a national level even after 45 days of the lockdown. As days pass by, the number of victims and patients infected with Coronavirus are climbing up. This situation calls for a revisit on the decision of lockdown which has only left thousands of people in poverty and pushed the economy into added misery. This does not mean that idea of lockdown is altogether illogical but proves that it was a case of an idea well conceived but poorly executed.  The prime responsibility of this would rest with the Prime Minister himself who declared the nationwide lockdown in one go.

This situation should call for thoughts and plans for coming days as the lockdown has eaffected the economy and the daily lives of the people badly.  Congress leader Rahul Gandhi’s words in a press meet on Friday were relevant.  The government should probe ways to put money in the hands of the people. The power to control and relax norms of lockdown should be given to the states other than being decided by the Prime Minister’s office. As of now, the union health ministry is determining the zones in the states.  Hence places which are supposed to be green are declared red and vice versa. Those decisions are made without any scientific data. The Central government has been found tending to curb the states’ powers since the outbreak of the Covid pandemic. The country will witness more tragedies if the eentral government insists on proceeding in this manner without any concrete plans to face the scenario post lockdown.