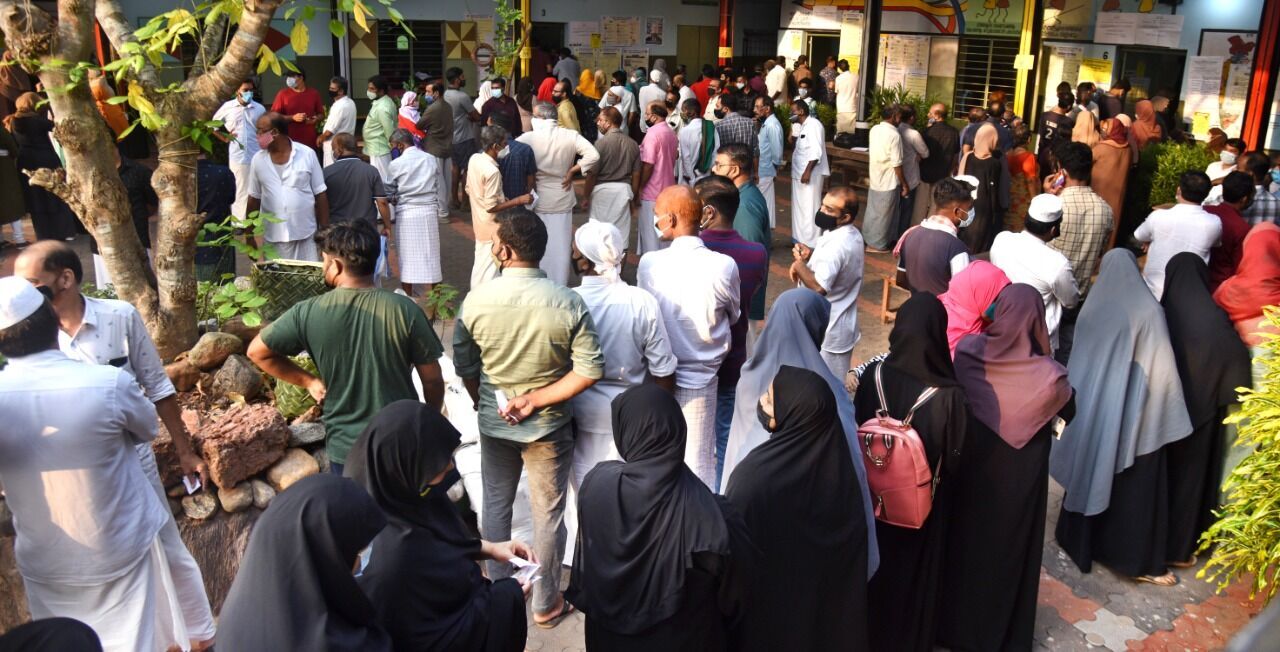 Thiruvananthapuram: Brisk polling, which was "absolutely peaceful", was witnessed in the fiercely fought Kerala Assembly election on Tuesday with a 74.02 per cent voter turnout, even as minor skirmishes and allegations of bogus voting were reported from a few places.

Kerala has an electorate of 2.74 crore and 957 candidates were in the fray. Even as the state witnessed heavy footfall of voters in the earlier half of the day, incessant rains in central Kerala showed a dip in polling percentage.

The political fronts-- the ruling Left Democratic Front, UDF and BJP-led NDA have claimed that this election will be 'crucial' and a 'turning point" for the southern state, which Vijayan had earlier described as the last fort of secularism.

The massive election exercise involving over two lakh polling officers began at 7 AM, adhering to strict COVID-19 health protocol and was extended by one hour to 7 PM for the COVID patients and those in quarantine.

To ensure smooth polling, central forces were deployed in 549 critical location booths and 433 vulnerable polling booths in the state

In the 2016 Assembly elections, LDF rode to power with 91 seats, while UDF garnered 47. BJP got one seat while an independent, P C George, won one.