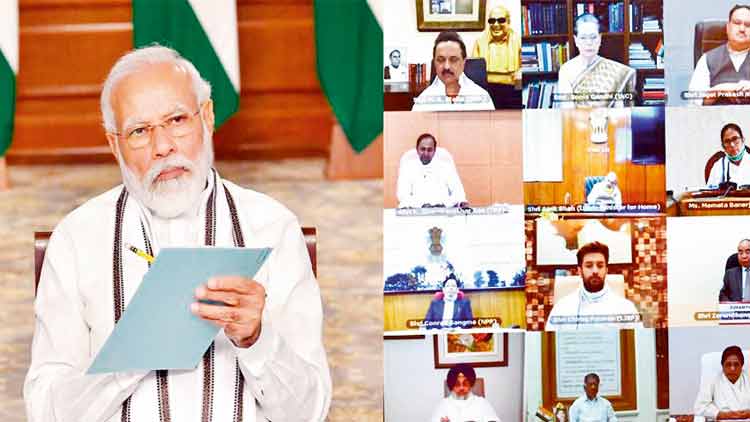 But if some responsibility came his way - like the chief ministership of Gujarat "which no astrologer had ever predicted" - he never shirked from the responsibility, he told a packed audience at the Durbar Hall of the Taj Palace Hotel in the final session of the two-day India Today Conclave.

Speaking largely in Hindi, but punctuated by English sentences to illustrate his arguments, Modi's pitch to an elite audience, that consisted of corporate bigwigs, the movers and shakers of the capital and even former Indian cricket captain Sourav Ganguly, was that Gujarat has shown the way to the country and its alternate vision of development can be replicated for the nation.

He identified three thrust areas - changing mindsets, harnessing women and youth power and harvesting the "democratic dividend" by empowering people and not just making it a vehicle for elections.

"There can be change (in the country), if there are ideas," said Modi, illustrating his lecture with statistics and examples of how he had brought changes in several areas in his state, ranging from agriculture, to water management, to girl's education, to environmental-friendly development with "out of the box thinking", empowerment of bureaucrats, efficient administrative management and right leadership.

His over hour-long speech and audience interaction was punctuated by repeated applause. Other than Bharatiya Janata Party spokesperson Ravi Shankar Prasad and former minister Arun Shourie, who is no longer active in the party, no other senior BJP leader was seen in the audience.

Modi repeatedly stressed that if attention is paid to the smallest things "then on that basis one can bring about huge change... and ideas should be given shape".

Taking a dig at "leader-centric personality" governments, without referring to the United Progressive Alliance, he said under such dispensations, "things can run for a time, but people and the country won't benefit."

He also said what the country needed were "not Acts, but action," alluding to the various entitlement-oriented legislations being brought forward by the government.

"I feel democracy is not just about votes, democracy means the people and the government have to together run the country. Gujarat has tries it and we have got results."

His speech was preceded by a 12-minute film that showed the strides the state had made in various spheres during his ten-year tenure. He repeatedly spoke about the importance of good leadership and said the country needed a "mass movement for development."

When a question was asked about why poverty was not going down in Gujarat despite development, Modi glibly said the reason was the state was "importing a lot of poverty" by attracting poor people from neighbouring states for work.