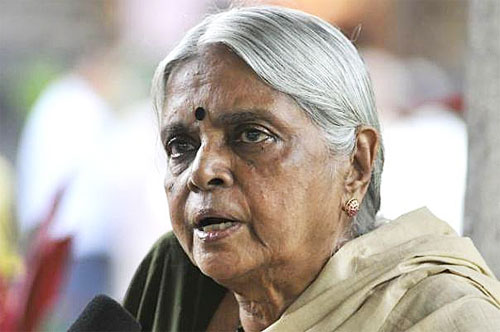 New Delhi: Noted poet and environmental activist Sugatha Kumari has been chosen for the prestigious Saraswati Samman for his novel ‘Manalezhuthu’.

The award, constituted by the K. K. Birla Foundation, consists of Rs.7.50 lakh, a citation and a plaque.

Balamani Amma and Ayyappa Panicker were the other two previous recipients of the award from Kerala.