Messi on verge of another record 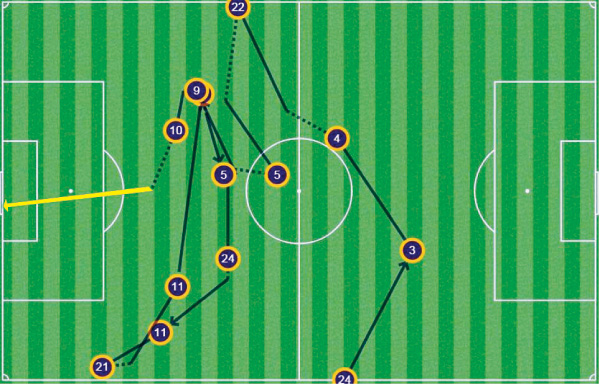 Barcelona: Lionel Messi could add another record to his already staggering list of achievements if he scores for Barcelona on their visit to play relegation staring Celta Vigo Saturday evening.

Messi scored in Barca's last 18 league matches, a feat unsurpassed in the Spanish BBVA Primera Liga and will make it 19 if he scores in the Balaidos Stadium against the side that currently sits second from bottom of the table.

Barcelona received excellent news Tuesday when coach Tito Vilanova returned from New York after two months in the U.S. undergoing cancer treatment and Vilanova has work to do ahead of Saturday's game.

Celta coach, Abel Resino may not be wrong when he says that despite the absence of top scorer and star striker, Iago Aspes through suspension, it is the best moment to play Barcelona as the league leaders have players missing through injury and others who have returned tired following the week's international matches.

Messi himself played a tough game at altitude in Bolivia Tuesday along with Javier Mascherano and actually vomited at halftime in the game as a result of the effects of altitude in La Paz.

Seven Barca players including Xavi Hernandez played in Spain's 1-0 win in Paris Tuesday. Xavi will definitely miss the trip to Vigo as the club try to assure his troubled hamstring is in shape to allow him to play in the Champions League tie away to Paris Saint Germain next week.

Defenders Carles Puyol, Jordi Alba and Adriano Coreira are all injured, meaning Martin Montoya may have to adapt to cover at left back, while Marc Bartra could return to action after injury to allow Mascherano or Gerard Pique to rest.

Victor Valdes is still suspended and Jose Pinto will continue in goal against his former club.

The injuries and the need to rest players should see youngsters such as Thiago Alcantara and Christian Tello given another chance to shine.

Another factor in the game is the weather and the state of the Balaidos pitch after heavy rainfall across the country, north-west in particular. The Catalan giants are likely to find a heavy pitch that turns increasingly muddy and difficult as the game continues. That won't favour their passing style and Resino will be hoping that maybe bustling Celta striker Mario Bermejo may feel more at home on it than Messi.