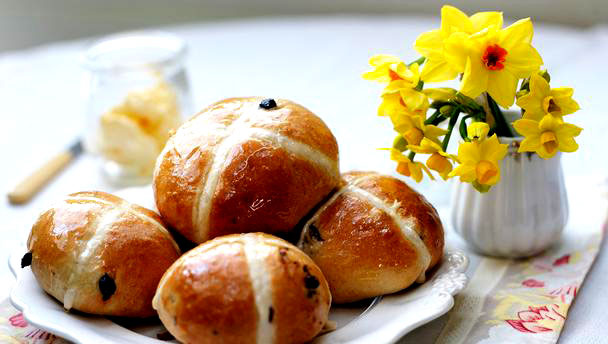 Thiruvananthapuram: Christians in the State were in a celebratory mood Easter Sunday, returning to non-vegetarian fare and normal diet after the 40-day observance of Lent.

Many devout Christians reached their churches as early as 3 a.m. Sunday for the Easter service. In some churches, however, the main service concluded earlier, close to midnight Saturday.

"All my six grandchildren are home and I cannot now wait anymore to get the customary glass of wine and piece of cake that the priest distributes at the end of the Easter service. At home, I have all the folk waiting for me to begin the family Easter breakfast," said 70-year-old housewife Sosamma John near Kottayam, as she rushed home Sunday morning from church.

At many churches that conducted early morning service for Easter, prayers got over by around 7 a.m.. While the religious fervour attached to Easter may have dimmed, the culinary delights that the festival brings have come to the fore.

Breakfast on Easter day is the biggest meal of the day, one that sees geographically scattered families coming together.

A typical Easter breakfast in Kerala includes the traditional appam (which in the countryside is made by mixing fresh toddy as the leavening substance), chicken stew, egg roast, beef fry, steamed banana and a piece of cake.

Christians account for 23 percent of the 3.20 crore population of Kerala, and the Christians are concentrated in the central districts of the state.

Catholics are the dominant group, making up 50 percent of the state's Christians, followed by around 2.5 million adherants of the Orthodox Church. Jacobites, Mar Thoma, and followers of the Church of South India and the Pentecostal churches make up the rest.

"As far as we Catholics are concerned, pork is a must for lunch. Besides, a peg of liquor is necessary -- this is perhaps the one day when consumption of liquor is not a taboo. It's common to see elders and young ones sharing a bottle," said Sunny Joseph, an IT professional who has brought colleagues home for the Easter meal.

Easter lunch of late has changed a little in many homes.

A steaming hot biriyani (often ordered in) is now more preferred, because making the typical Christian lunch involves huge effort, as there are lots of curries and non-vegetarian items that go into the traditional meal.

"We generally do not compromise on Easter breakfast. So we take it a little easy and settle for a biriyani for lunch. This time we decided to order it from a caterer," said James Mathew, a businessman in the capital city.

Since Easter this year also falls on the last day of the current fiscal, the state-owned wholesaler of liquor and beer, the Kerala State Beverages Corporation, has given advance notice that all its retail shops will down shutters at 7 p.m. to enable stocktaking.