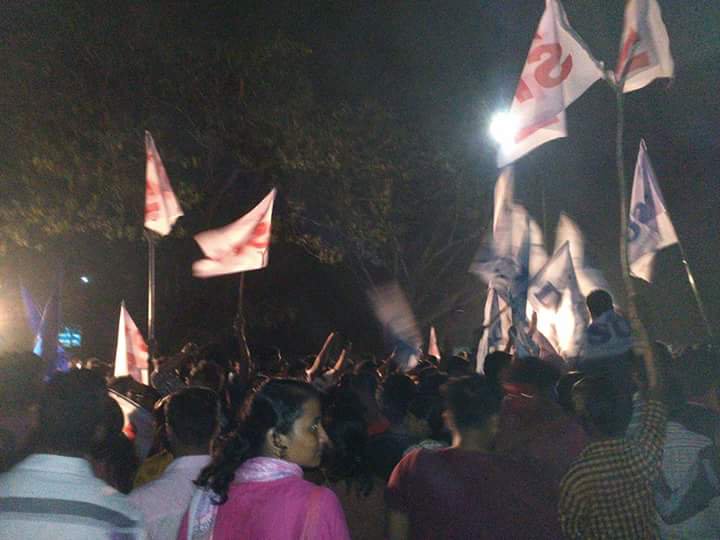 The city police commissioner has been instructed to finish the probe and submit a report to the Commission in seven days; a team of the Commission will also conduct a probe within the same time-frame.

The Commission has also formed its own investigating team and will examine witnesses and other evidence to find the cause of the death of Gupta and the circumstances under which it occurred. The report of its own team will also be submitted to the Commission head in seven days.

Gupta died of a head injury Tuesday in police custody after participating in a protest. While police maintain that the activist died after he crashed into a lamp post while being taken to jail in a bus, the SFI allege that the activist was fatally beaten by the police during its crackdown on protestors.

"Gupta was hit on his head so hard that one of his eyes came out," SFI joint secretary Shatarup Ghosh, also a witness, said.

The incident occurred when hundreds of SFI supporters hit the streets to stage a protest against the state higher education department's decision to stall students' union elections at all educational institutions for the next six months.

Meanwhile, the driver of the bus which was used to take the demonstrators to the prison by the police has been arrested.

The opposition Left Front has demanded a judicial probe into the matter.