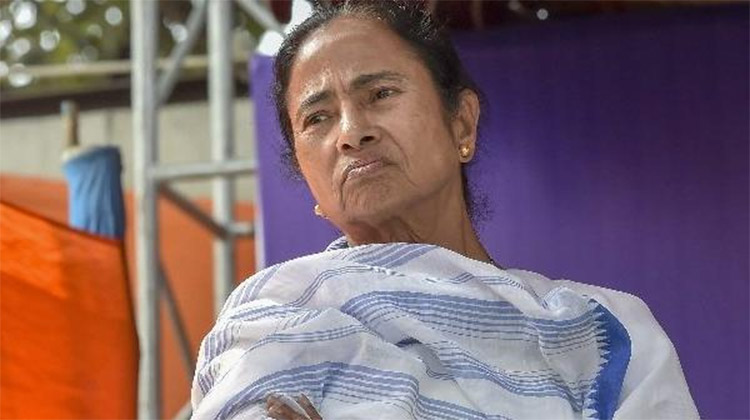 New Delhi/Kolkata: Hours after West Bengal Chief Minister Mamata Banerjee threatened the SFI of dire consequences for protesting in New Delhi against her, the Trinamool Congress activists allegedly went on the rampage in the state.

The activists allegedly grievously injured a former CPI-M MLA, and beat up scores of other communist cadres in the state.

Dozens of protesters from the SFI raised slogans against Banerjee when she came with state finance minister Amit Mitra and other ministers to meet Planning commission Deputy Chairman Montek Singh Ahluwalia at Yojana Bhawan in New Delhi.

The agitated students pushed Mitra around. He later complained of chest pain and was hospitalised at All India Institute of Medical Sciences (AIIMS).

Soon after facing the demonstrations, an enraged Banerjee alleged she was also beaten up and threatened to teach a lesson to the demonstrators.

"I will teach them a lesson. They tried to hit me with a iron rod. (Urban development minister) Firhad (Hakim) saved me. They are showing me 20 people. I will show them lakhs of people," she said.

"Kolkata cholo dekhbe. Partyr loke ke banchai, ki kore banchai . Amra kintu charbo na" (Come to Kolkata, you will know which partyman can save you, how they can save you.. we won't leave it (incident), she said.

Meanwhile, in Kolkata, CPI-M leaders alleged over hundred party offices have been ransacked or set on fire.

In Howrah district's Bagnan, a former CPI-M legislator Akkel Ali was admitted to hospital after he was attacked with sharp weapons, party leaders alleged.

"As soon as we heard about the incident in Delhi, we all condemned it," said CPI-M North 24 Parganas district secretary and former minister Gautam Deb.

"But the Trinamool went on rampage. Lot of party offices have been damaged and scores of comrades beaten up. We will bring out one lakh-strong protest rally Thursday."

There was no police confirmation about the incidents.