Protests near hospital as five-year-old battles for life 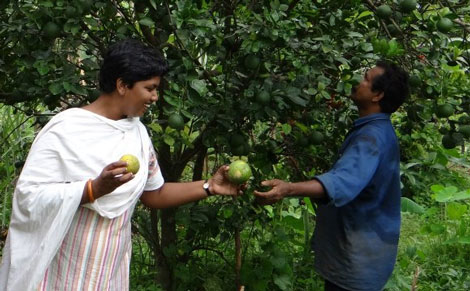 New Delhi: Family, neighbours and activists of the Aam Aadmi Party (AAP) Friday protested outside the hospital where a five-year-old girl, a victim of rape, was admitted in a serious condition.

The girl was held hostage for over two days and repeatedly raped by a neighbour, who deprived her of even food and water.

A doctor treating the child said her condition is "serious" and the "next 24-48 hours are critical".

Protestors gathered outside the Swami Dayanand Hospital in Shahdara, east Delhi, where the girl has been admitted, and raised slogans against Delhi Chief Minister Sheila Dikshit and Delhi Police.

They demanded immediate arrest of the accused in the case and said the girl should be shifted to a better hospital like the All India Institute of Medical Sciences (AIIMS).

"The police tried to suppress the matter and even offered Rs.2,000 to the family to keep quiet. On top of that, the child was admitted to a hospital which does not even have proper facilities and equipment," AAP spokesperson Aswathi Muralidharan said.

"We want a better hospital and immediate arrest of the accused," she said.

The girl was abducted April 15 and kept hostage in a flat owned by the attacker, said to be in his 30s. He lived on the ground floor of the building in east Delhi's Gandhi Nagar, in which the victim's family also stayed, police said.

The girl was rescued when members of her family heard her scream Wednesday evening, police said.

The girl's father told reporters that he had earlier approached the police with a complaint that his daughter was missing, but they failed to register his complaint.