Human trafficking case to be handed over to CBI 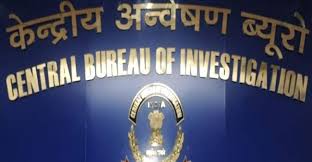 Kochi: Kerala government Friday informed the High Court that it has decided to handover to CBI the investigation in the case related to human trafficking from the Cochin international airport.

State prosecution told the court that it has decided to handover the case to CBI while the court was considering a bail plea of one of the accused in the case.

The state had received legal advice that the case should be handed over to CBI as the accused had links with Gulf countries.

The High Court, while dismissing bail applications filed by two accused state police officials Ajeeb and Savadhad last month, had observed that the probe in the case was 'inadequate'.

The court said the matter involving the security of the nation requires to be looked into seriously.

The case was that Ajeeb while working at the airport from 2007-2011 had helped various travel agents send people abroad without proper documents.

The Crime Branch suspects that over 150 people had travelled to other countries with assistance of Ajeeb and his gang.

It was in December last year during an inquiry conducted by Assistant Commissioner Somarajan, that Ajeeb's involvement in the case came to light.