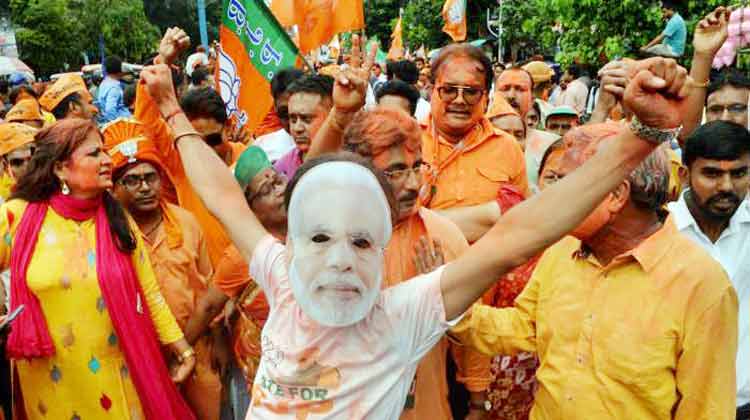 Thiruvananthapuram: Gujarat Chief Minister Narendra Modi's proposed visit here has already kicked up a row in Kerala, but it could become more "colourful" as he may meet a cardinal of the Catholic Church while here.

The cardinal was ordained at the Vatican November 24 last year, and became the youngest cardinal in the Catholic Church.

He was also part of the conclave that elected Pope Francis.

According to a top BJP source, Modi is likely to call on the new cardinal at his headquarters here April 24, as the Gujarat chief minister arrives in the state to take part in the Sivagiri Mutt's silver jubilee celebrations.

"It's all a question of timing for the cardinal. If the timing is right, the meeting could take place. Modi will drive from the airport to the Church headquarters. If he is not meeting the cardinal, he will take a helicopter to Varkala (where the mutt is located) to take part in the celebrations. After the celebrations, he will fly back in a chartered flight," said a source in the BJP requesting anonymity.

Modi has featured in recent debates in the state, after state Labour Minister Shibhu Baby John met him in Gujarat last week. Top Congress and Left leaders have condemned that meeting, and the engineer-turned labour minister was forced to admit that the visit was ill-advised.

Sunday, CPI-M state secretary Pinarayi Vijayan said it was wrong for the Hindu mutt to invite Modi. The general secretary of the mutt, Rithambharananda Swamikel, retorted that the invitation was no political matter, and the religious institution had also extended invitations for the celebrations to Sonia Gandhi, Rahul Gandhi and Defence Minister A.K. Antony. Only Modi had accepted the invitation, he said.

State BJP president V. Muraleedharan slammed the CPI-M for its "restlessness" over the visit of a chief minister.

"They accuse Modi of the Gujarat riots (of 2002) but the CPI-M shared the stage with Abdul Nasir Maudany, an accused in Coimbatore blasts (he was later acquitted) and in the Bangalore blast case. They have no right to say whom not to invite," said Muraleedharan, asking if the CPI-M would accept advice from the Sivagiri mutt on which leaders to invite to its party meetings.