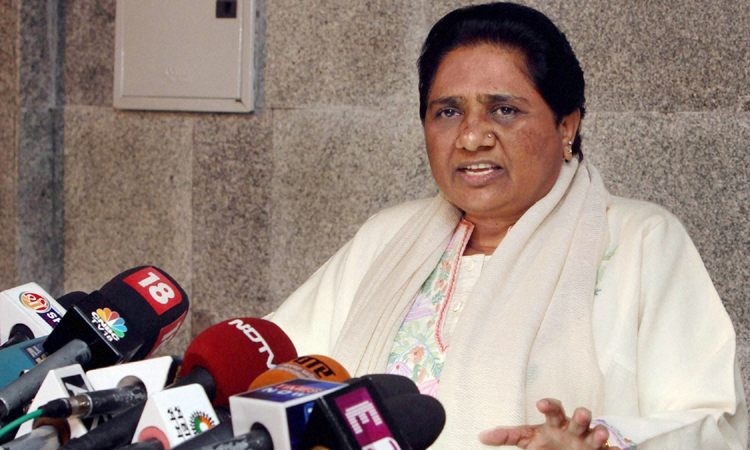 New Delhi: Bahujan Samaj Party (BSP) chief Mayawati Monday said an all-party meeting should be held to suggest amendments to tackle any shortcomings in the anti-rape law and also called for death penalty in cases of barbaric rapes.

Participating in a discussion in the Rajya Sabha on issues relating to safety of women, Mayawati said that despite a stringent anti-rape law brought in the first half of the budget session, cases of rape were on the rise.

"We should not feel hesitant to bring in amendments... we should call an all-party meeting to tackle any shortcomings in the law," said the former Uttar Pradesh chief minister.

"The government should be firm and bring in the amendments in this session so that such incidents don't take place," said Mayawati referring to the barbaric rape of a five-year-old in the capital last week.

She said incidences of rape are publicized in Delhi due to an active media and the government's attention is drawn to it. "But besides Delhi, rapes are taking place elsewhere too," she said, urging members to rise above petty party politics to tackle the issue and think about how to improve the police department.

"Instances of depravity are increasing in society... it is the joint responsibility of the government and society to tackle this," she said.

She suggested that among the amendments to the anti-rape law could be to fix a time-frame to decide cases and "nothing less than death penalty" in cases of brutal rape.

While giving clearance to entertainment programmes, like films, and advertisements, the government should keep Indian culture and traditions in mind, she urged.

Mayawati also alleged that rapes and crimes against women had increased manifold in Uttar Pradesh and urged that president's rule be imposed in the state.