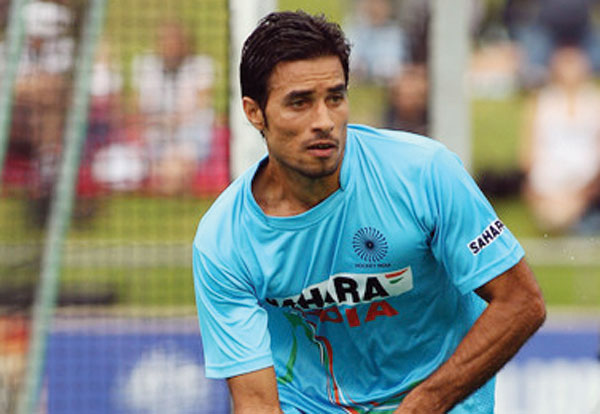 Bangalore: Defending champions Mumbai got their campaign back on track with a 3-0 win over Uttar Pradesh in the preliminary league of the 64th senior National men's hockey championship for the Rangaswamy Cup here Sunday.

Mumbai, who had lost their opening league fixture to Punjab, now have seven points from four matches, including two wins and a draw while Uttar Pradesh suffered their first defeat in three outings and remained on four points.

In the day's other game, Punjab romped to a 9-3 win over Manipur who crashed to their third defeat in as many outings.

Uttar Pradesh paid the price for missing three clear-cut scoring chances in the opening 10 minutes of the game while Mumbai took advantage to emerge winners with a strong second-half performance.

Former Karnataka star veteran Laxman Rao played a pivotal role in Mumbai's win. He schemed and sprayed passes to his colleagues who in turn applied pressure on the UP defence. The relentless Mumbai onslaughts eventually cracked the UP citadel.

Laxman Rao opened Mumbai account with a brilliant goal in the 43rd minute when he hit the target from the top of the circle.

Mumbai went 2-0 up in the 61st through an own goal after a shot at the goal from outside the circle by Ravi Pareek went in off the pads of the UP goal-keeper. Jayanta Meitei then struck the insurance goal for Mumbai from a penalty corner in the 64th minute.

Mumbai then slowed down the game in the final minutes to further frustrate UP and pick up two valuable points that put them in the reckoning for a berth in the final.

Earlier, Punjab trounced Manipur 9-3 for their second win in three matches with Simranjit Singh scoring four goals. Leading 3-1 at half-time, Punjab sustained their pressure on Manipur who slid to their third consecutive defeat.