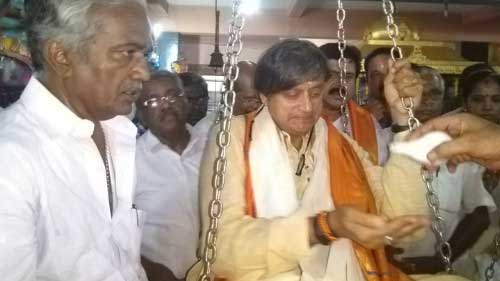 Thiruvananthapuram: Union Minister of State Shashi Tharoor on Thursday said he was sad over the arrest of cricketer Sreesanth but cautioned that “none should rush to conclusions until the charges against him are proved”.

“I am sad over the arrest. He is a good cricketer and pride of Kerala,” Mr. Tharoor, Union Minister of State for Human Resources Development, told reporters when his comments were sought on the development.

“We cannot say he has committed any wrong until the court processes are over. He will remain innocent until proven guilty,” Mr. Tharoor, an ardent cricket fan and MP from Kerala capital said.

Indian speedster S.Sreesanth and two of his Rajasthan Royals teammates -- Ajit Chadila and Ankeet Chavan --have been arrested on charges of spot-fixing, throwing the cash-rich Indian Premier League into its biggest crisis till date.