Omar hopeful of partial withdrawal of AFSPA from JK 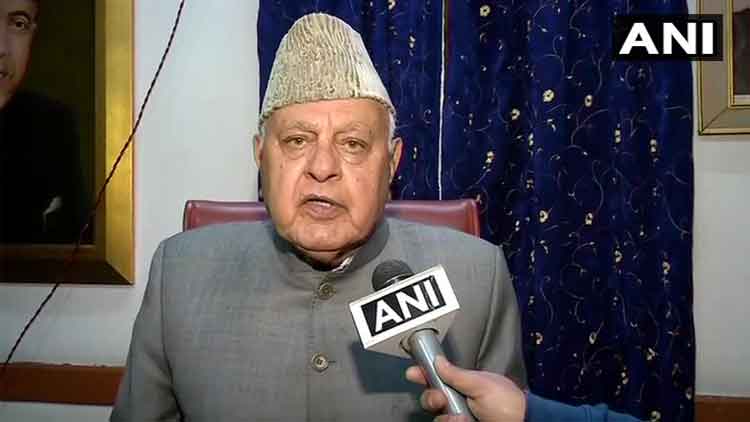 New Delhi: Jammu and Kashmir Chief Minister Omar Abdullah, who has been advocating partial withdrawal of Armed Forces Special Powers Act (AFSPA) from some parts of his state, today expressed hope of finding a "common meeting ground" with the Army on the vexed issue.

Omar, who listed removal of AFSPA as an important confidence building measure, contended that the special law has been misused from time to time and has forced various human rights body to support for its repeal.

"We understand that you cannot overnight take it (AFSPA) away. It has to be a gradual process. It has to start with those areas where Army is no longer required to operate and that is what we have been asking for," he told reporters during an interaction at Foreign Correspondents' Club here.

Omar was given an honorary membership of the club on the occasion.

He said there are areas in the state where infiltration and militancy continue to be a problem and thus, making a ground for Army's presence.

"There are also areas where Army has not operated for a number of years now - where the security situation is controlled by Jammu and Kashmir police and central paramilitary forces.

"In such places, the requirement for AFSPA that we discussed, that is exactly what we are doing, the Army has been very reluctant to go forward on this. But I believe there is a common meeting ground that can be found and we are talking about it," Omar said.

The Chief Minister cited the coalition government in his state as a hurdle for revoking of the Disturbed Areas Act, a prelude to the removal of AFSPA.

"I have a coalition government. A coalition government in which Congress is an ally of mine. They are also the single largest constituent of the United Progressive Alliance (UPA) at the centre. Clearly for me to do anything in the state I need a majority of my own or I need to take Congress on board.

"Both of which require discussion or a dialogue. I don't have a majority of my own. And therefore, I need to carry political parties like Congress along with me and that is what I am trying to do. I wish it would be easier for me to remove DA Act. Before 2002 it would have been possible when the NC had a full majority in the Assembly, but that opportunity is unfortunately not available now," he said.

There will not be any significant impact in Jammu and Kashmir after the withdrawal of international security forces from violence-hit Afghanistan in 2014, Omar said.

"I am perhaps in minority here, but I don't feel that there will be any significant impact in Jammu and Kashmir with the withdrawal of international forces from Afghanistan. For a number of reasons.

"I don't believe that international community will leave a vacuum in Afghanistan. They paid a heavy price for the vacuum in the past when Soviet forces evacuated (from Afghanistan). You can very well correlate it with 9/11," he added.

Omar said for the massive influx of militancy in Jammu and Kashmir from Afghanistan, it would have required complete sort of turning a blind eye towards the situation.