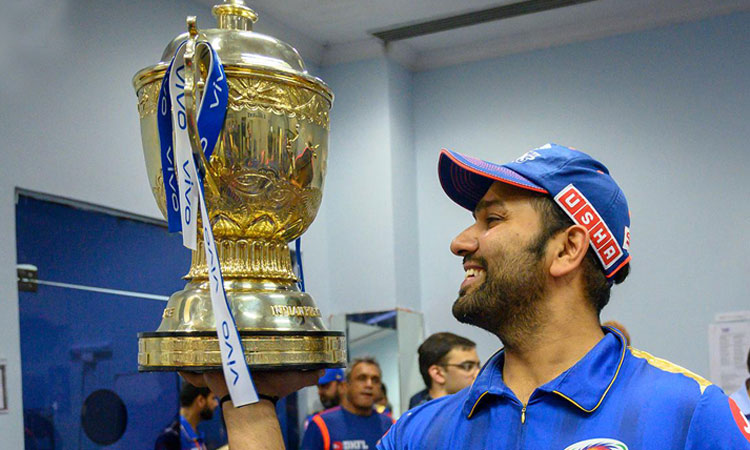 New Delhi: Mumbai Indians skipper Rohit Sharma doesn't want his team to get distracted by the spot-fixing controversy in the Indian Premier League (IPL) and says the focus is on playing good cricket against two-time champions Chennai Super Kings in the first qualifier here Tuesday.

"We don't want to think too much about it (spot-fixing). We are all professional cricketers and we have an important task at hand. So we don't want to get distracted," said Rohit before a training session at the Ferozeshah Kotla here Monday.

Rohit said things have panned out well for him since taking over as the Mumbai Indians captain from Ricky Ponting, who preferred to drop himself owing to poor form.

"When it came to me it was like a big challenge. I was ready for it and it came at the right time. The captaincy wasn't a big surprise for me because I was the vice-captain for the last two years and was always kept in the loop. I am happy with the way things have worked out for me," said Rohit.

The Mumbai Indian captain feels two wins in the league stage against Super Kings will stand in good stead for his side.

"I am not doubting them, but they are a very good side. We have ben playing consistently and we have beaten them twice in the league stage. If we stick to our plans we can beat them again," he said.

Asked about Mumbai Indians poor away record this season, Rohit said: "I don't believe in home and away advantage. Even Chennai Super Kings don't have a good away record. It is all about playing good cricket. I think if we up the ante by at least 10 percent I think we will meet our target."

"I think Harbhajan and Johnson are among the top-10 in IPL. Johnson has been giving us the initial breakthroughs. Bhajji has been fantastic as well. we are looking forward to Bhajji to deliver with both bat and ball," he said.

Rohit also said that they haven't taken any decision on Sachin Tendulkar, who is nursing an injury on his left palm. Tendulkar didn't bat at the nets here and only bowled for a while.

"We are yet to take a call. We will decide on the morning of the match," he said