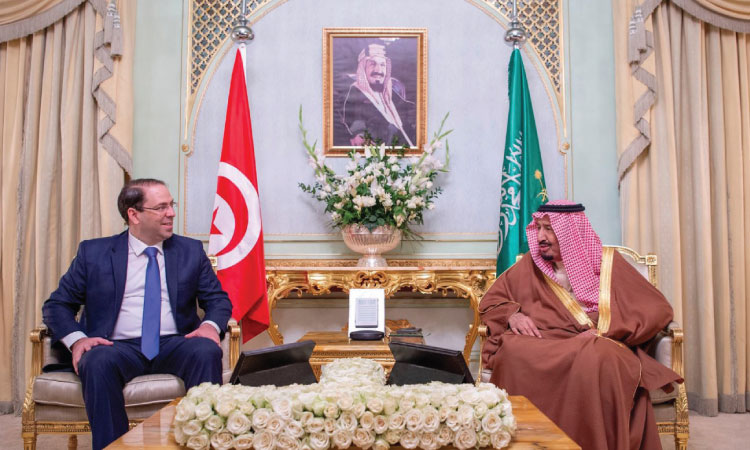 New Delhi: With thousands of Indians set to return from Saudi Arabia due to the 'Nitaqat' law, External Affairs Minister Salman Khurshid Friday said state governments have been "forewarned" so that the situation does not become "unmanageable".

Khurshid, who is on his way to Saudi Arabia on an official visit, said the government was in touch with Saudi authorities to fasten the formalities so that the deadline of July 3 given by them could be adhered to.

The 'Nitaqat' programme, which is meant to regularise foreign workers, makes it mandatory for local companies to hire one Saudi national for every 10 migrant workers.

Those who fail to find another job or a sponsor has to go back. As a result of this law, a number of people who were working without valid work permits and runaways have come under the scanner. Once the grace period time till July 3 ends, all those expatriates who are found Saudi Arabia without valid papers will be jailed and heavily penalised.

"In terms of the logistics and the effort involved, it obviously is a challenge," Khurshid said but added that it was not something which could not be met.

"The issue is that we have three months of grace period during which whatever needs to be done has to be done and the numbers are very large.

He said people who come back will have to be rehabilitated.

"We will have to with some efforts, in terms of state governments, to provide them with rehabilitation, quick rehabilitation. Some of them are not as comfortable as people might imagine.

He said state governments have been informed because all these people coming back have to get emergency certificates.

"They can't be given unless the district authorities to which they belong, verify and give us verified information so that emergency certificates can be given.

"We are in touch with the state governments not only to ensure that they are quick in giving us response for verification but also make arrangements for number of people who finally arrive so that it does not develop into an unmanageable issue.

"We have kept them informed and obviously we will have to work with many other authorities including aviation authorities to get all these people come back quickly," Khurshid said.

"In terms of the number of people who are getting exit permits (issued by Saudi authorities), it is 500 a day at present," he said.

"That would not within three months address all the people who have registered and those who will continue to get registered. We have made some suggestions and I will also talk about what can be done," he said.

Khurshid said that contrary to perceptions, there are more people from Uttar Pradesh than Kerala who are being affected by the Saudi law.

"This whole thing started by people from Kerala being extremely worried. But as the numbers tumble out, we find that Uttar Pradesh has much larger numbers than Kerala. So we have to deal with people right across."

As per official figures, off the total processed applications of 56,734, there are 21, 331 people from Uttar Pradesh as against 3,610 from Kerala.

As of May 20, 75,000 Indians have registered with the Indian Embassy in Riyadh and the Consulate in Jeddah to be processed and be send back. There are nearly three million Indians in Saudi Arabia.

Nearly 57,000 applications have been processed but it is estimated that many more will approach the Embassy in the coming days.

The 'Nitaqat' law, energy security, investment and counter-terrorism cooperation will be the main focus of talks that Khurshid will hold with Saudi leadership.

On energy security, Khurshid said that both in terms of Indians who earn their livelihood there and a source of supply of energy, India shares a "very important strategic relationship".

"We also think that Saudi Arabia with its presence in Gulf region is a pillar of strength of stability in the region".

Asked about counter-terrorism cooperation, Khurshid said it was growing and added, "I think this an area where cooperation can certainly grow meaningfully."