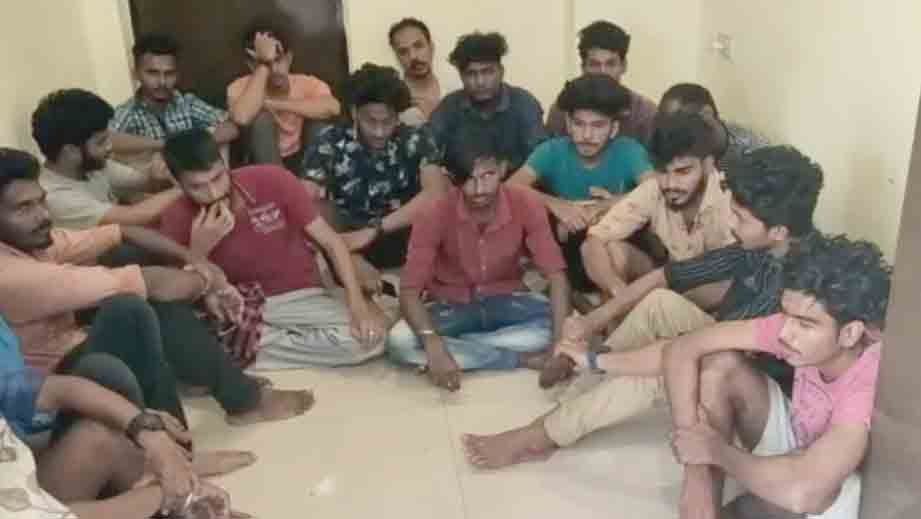 Crowd in Million March held in Hyderabad on Saturday

Hyderabad: Normal life is likely to be affected in parts of Hyderabad Friday as police have announced closure of some flyovers and imposed traffic restrictions at several places in view of "chalo assembly" called by pro-Telangana groups to demand separate Telangana state.

Police, which denied permission for the march, have stepped up security around assembly building, located in the heart of the city. All key roads leading towards the assembly will be sealed Friday.

The police commissioners have announced closure of all liquor shops. As many as 58 check posts have been erected in Cyberabad and 17 in Hyderabad to prevent entry of people from surrounding districts to participate in the march.

Khairtabad, Narayanguda, Basheerbagh, Telugu Thalli and Masab Tank flyover bridges, all located in the core area of Hyderabad, will be shut from 11 p.m. Thursday till Friday evening, announced Hyderabad Police Commissioner Anurag Sharma. Even the pedestrians will not be allowed to move on the flyovers.

Vehicular traffic will be diverted at 21 points in both Hyderabad and Secunderabad to prevent people from heading towards assembly.

Schools and colleges have declared a holiday as a precautionary measure. The work in government departments, courts and even Greater Hyderabad Municipal Corporation (GHMC) is likely to be hit as a section of employees supporting Telangana demand have threatened to go on flash strike to protest what they call "repressive" measures by the police.

Telangana Joint Action Committee (JAC), which comprises Telangana Rashtra Samithi (TRS) and other political and non political groups, has called for 'chalo assembly' to demand the passing of a resolution in the assembly for carving out separate state.