Morsi says he is still 'legitimate' president of Egypt 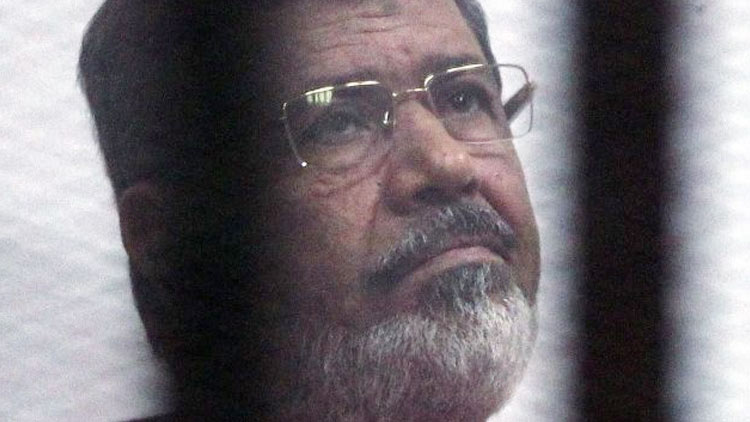 Cairo: Mohamed Morsi has said he is still the legitimate president of Egypt, while the Muslim Brotherhood, to which Morsi is affiliated, described the ouster of the president by the military as "betrayal".

"There is no alternative for legitimacy, the constitution or the law," Xinhua quoted Morsi as saying in a pre-recorded statement broadcast by the Al Jazeera news channel.

Morsi's statement came after the military assigned the chief of the Supreme Constitutional Court to temporarily run the country until a new president is elected.

"I am ready to sit with everyone for dialogue and negotiation," Morsi said, adding that changing legitimacy every few months means "disorder".

Morsi, according to various reports, has been moved to an undisclosed location.

"I do not urge you to fight against each other. I order you not to fight together, but I do not accept to accept a new legitimacy," he said.

The military roadmap includes suspending the current constitution and forming a commission to prepare constitutional amendments.

On his Facebook page, Morsi said the military roadmap for running the country for a transitional period was "a complete military coup", and called on all people to stick to the law and the constitution.

"The army roadmap is rejected altogether by all free citizens," Morsi said, referring to himself as the supreme leader of the armed forces.

"The coup will pull Egypt backward. Everyone has to bear their responsibilities before God, the people and the history," he said.

The Muslim Brotherhood termed the ouster as "betrayal".

"Sad day for Egypt's democratic aspirations, a betrayal of the revolution and millions of Egyptians who believed in democracy," the group tweeted.

The group also condemned the closure of Muslim Brotherhood and Islamist-oriented TV channels and the arrest of their staff.

"The closure of TV channels is a beginning of repressive, single view era," the Muslim Brotherhood's Freedom and Justice Party said.