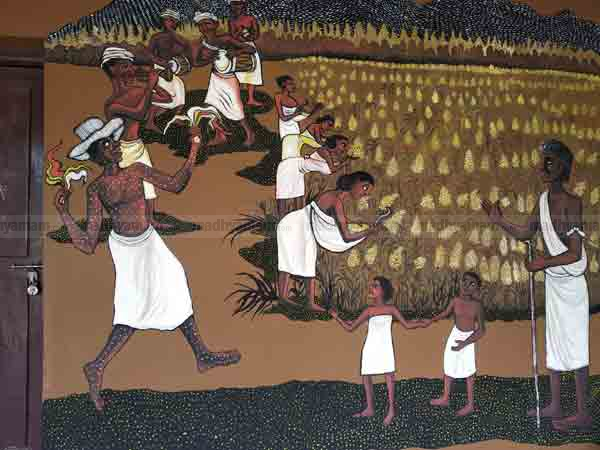 New Delhi: The UPA's flagship social welfare scheme, the food security ordinance, is expected to be rolled out in all Congress-ruled states on Aug 20, the birthday of former prime minister Rajiv Gandhi, informed sources said.

The sources said that this was disclosed by party chief ministers at a meeting with the Congress' top leadership Saturday.

Delhi Chief Minister Sheila Dikshit and her Haryana counterpart Bhupinder Singh Hooda said they were ready to roll out the scheme from Aug 20, the sources said.

However, party general secretary Ajay Maken said that the implementation would start "very soon" but did not give a date.

"The chief ministers said they would ensure that provisions of the ordinance would start getting implemented at the very soon in their respective states," Maken told reporters after the meet.

In the run-up to the launch, the Congress will send its spokespersons across the country from Monday to give wider publicity to the right to food ordinance, party leaders said.

The right to food scheme is aimed to be a "game changer" ahead of the five assembly polls this year and the 2014 general elections.

However, Maken said the move should not be linked to the coming polls.

"Please don't link it to the polls. It was out 2009 poll promise aimed at social welfare," he said.

"It is a game changer as it will empower 82 crore Indians with a legal right to food and will serve as a bulwark to fight against malnutrition and deprivation," he added.

As many as 13 Congress chief ministers attended the meeting barring Uttarakhand's Vijay Bahuguna who could not come as he is busy with flood relief.

Food Minister K.V. Thomas made a presentation and clarified the queries raised by the chief ministers.

"The chief ministers were appreciative that the ordinance is based on a life cycle approach that ensures adequate is for every age group starting from the time when a child is in his mother's womb," said Maken.

He said the ordinance will bring an additional burden of Rs.23,800 crore, which was negligible given the plan size of Rs 5.55 lakh crore.

He also said the expected cost of Rs.1,24,723 crore in implementing the ordinance would have no adverse impact on the fiscal deficit target of 4.8 percent this fiscal.

"They would start visiting state capitals from July 15," said Maken.

The first conference would be addressed by Chowdhury in Mumbai July 15 as per the plan.

The government hopes to pass the ordinance in the coming monsoon session of parliament, which is likely to start third week of August.

As per the constitution, an ordinance has to be passed within six weeks of the date of the next session of parliament commencing.