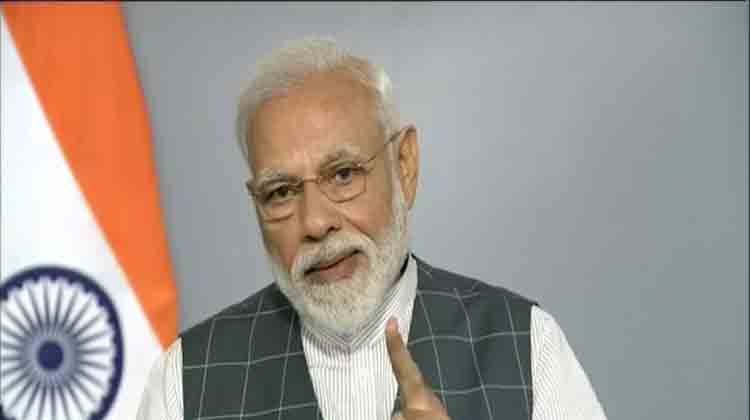 Pune/New Delhi: Gujarat Chief Minister Narendra Modi Sunday launched a multi-pronged attack on the Congress, accusing it of failing to address poverty in its long rule and using a "veil of secularism" to cover its failures.

He also questioned the outcome of the food bill, and also hit out the UPA government over the falling value of rupee, its claims of enacting rights-based legislation, saying people needed action, not acts.

Congress leader Digvijay Singh hit back, saying Modi was a "fainku (one who makes tall claims)".

Addressing a rally in Pune, Modi, the campaign committee chief of the Bharatiya Janata Party, said Congress had promised to eliminate poverty 35 years back.

"Someone should ask them what happened to that promise," he said referring to the call of "garibi hatao" - the theme and slogan of Indira Gandhi's 1971 election and later also used by her son and prime minister Rajiv Gandhi.

"Is this not betrayal? The poor of India kept filling their ballot boxes, and now they have directly accepted that they cannot remove poverty," Modi said.

Attacking Congress vice president Rahul Gandhi, Modi said he goes and spends the night at houses of poor people "and he shows the work of his ancestors (their failure to remove poverty)".

He said whenever the Congress government is faced by trouble, they hide behind "a veil of secularism" so that no one questions them on real issues.

Modi alleged the Congress-led UPA brought the food security ordinance instead of waiting for a parliament session as it did not trust its allies.

Speaking at Pune's Fergusson college - his second address to students after outlining his vision to students of a Delhi college in February, he took a dig at local MP Suresh Kalmadi, saying that India lost its respect internationally by the way it organised the Commonwealth Games.

"A small country like South Korea hosted the Olympics and got international appreciation. But we, we made fun of ourselves in organising a small event like Commonwealth Games," he said.

Modi also emphasised the importance of education, but stressed that India needed modernisation, not westernisation, while calling for allocation on higher education to be increased from the current 4 percent to 25 percent of the GDP, to overtake China's 20 percent.

He said the country needs meaningful research and research papers should be a major tool for nation-building.

Noting how freedom fighter Lokmanya Bal Gangadhar Tilak, who is identified with Pune, worked for 'swaraj' (self-rule), he claimed the country got self-rule but it did not get 'su-raj' (good governance) and blamed the Congress' long rule for the problems India faces.

Digvijaya Singh however dismissed Modi's charges and questioned his record of development in Gujarat, saying that the state had recorded double digit growth even in the 1990s.

"He is playing to the gallery. He is real fainku.. he is not aware of facts," Digvijay Singh told Times Now news channel.