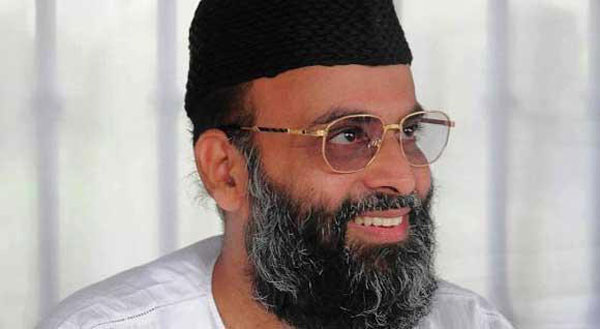 Bangalore: The Karnataka government on Wednesday rejected reports that there were moves to weaken the case against Kerala-based PDP leader Abdul Nasser Ma’dany, an accused in the 2008 serial bomb blasts here.

The matter was before the court and “there is no government interference,” Home Minister K.J. George told the Assembly during the Zero Hour. He was responding to a mention by senior BJP MLA C.T. Ravi who wanted to know if there was a move by the state government to weaken the case against Ma’dany and whether Kerala Chief Minister Oommen Chandy exerted pressure on the issue.

Mr. Ravi, a former Higher Education Minister, referred to reports about Mr. Chandy allegedly exerting pressure on the Karnataka government to ‘weaken’ the case so that Maudhany was set free by judiciary.

Ma’dany is lodged in the central prison here since his arrest in August 2010 in connection with the July 2008 serial bomb blasts in the city in which one person was killed and 20 others were injured. He is among 31 persons charge sheeted in the case.

Mr. Ravi urged the government to appoint a special advocate in the case.