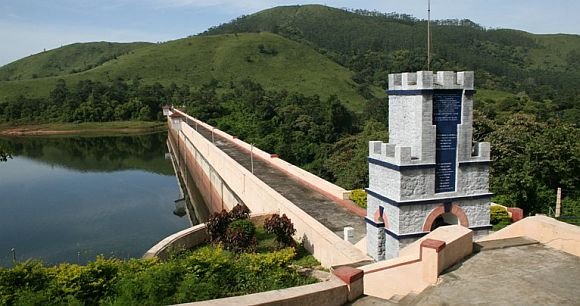 New Delhi: A five-judge Constitution Bench on Tuesday began the final hearing on the legal battle between Tamil Nadu and Kerala over the controversial Mullaperiyar dam.

There has been tension between the two states over the safety of the dam. While Tamil Nadu contends the dam is safe and its water level has to be raised from 132 feet to 136 feet, Kerala says the structure is weak and it needs to be replaced.

As tension between the two states rose in December 2011, a two-member technical team of apex court-appointed Empowered Committee had visited the site and concluded that recent tremors in that region did not have any impact on the dam and that it was safe.

The committee, set up in February 2010 to look into all aspects of the dam, had submitted its report to the apex court in a sealed cover on April 25.

The five-member committee headed by former Chief Justice of India A S Anand, is understood to have examined all aspects of the 119-year-old dam, including its safety.

Earlier, the apex court had directed the registry to digitise the 50,000-odd page report so as to enable it to examine it.

The Bench is hearing a suit filed by Tamil Nadu questioning the law enacted by Kerala in 2006 to restrict the water level in the Mullaperiyar dam at 136 ft though the Supreme Court had permitted Tamil Nadu to raise the water level up to 142 ft.