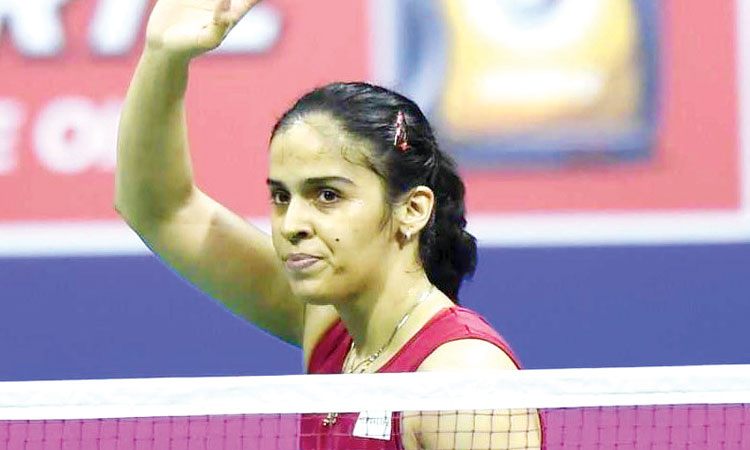 Saina looked out of sorts in the first game and made several errors. Her Thai opponent capitalised on it and closed the gap from 4-7 to 8-all and was at Saina's heels till 18-all. The 21-year-old Thai clinched the next three points to bag her first game against the Indian since 2008.

Porntip hit 11 smashes in the game which caught Saina off guard. Several out-of-court errors by the 23-year-old Indian cost her the game but she bounced back in the second game by taking a 15-4 advantage in no time.

Though the Thai tried coming back into the game (10-16), but Saina was in her elements and sealed the game with the help of nine smashes. Despite the game getting tight at the end, Saina held her nerves to level the match.

Unlike the first game, Saina made sure she kept the lead throughout the decider. Aided by some brilliant cross court slices from the third court, Saina increased her lead to 11-5. After the change of sides, Porntip found legs and notched up a few points with some down-the-line smashes, bringing down Saina's lead to 14-13.

The aggressive Thai made some errors too, giving the initiative to Saina, who then extended the lead to 17-13. The Indian made a minor error before securing the next four points to seal the tie.