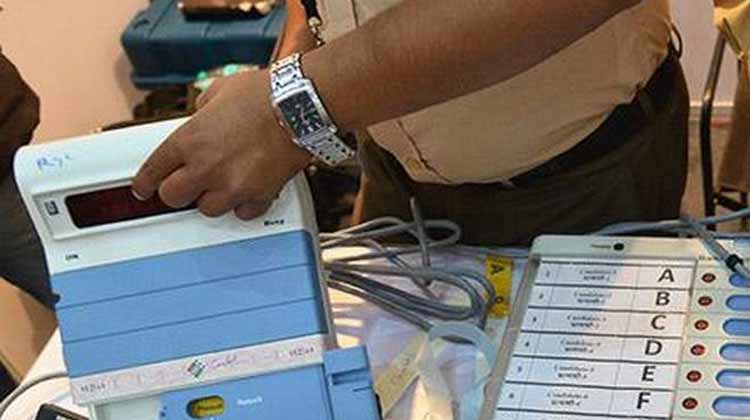 Bangalore: Around 15 percent of over 3.6 million voters cast their ballots in the first four hours of voting in bypolls for two Lok Sabha seats from Karnataka Wednesday, an official said.

"Voting is underway peacefully in both Bangalore Rural and Mandya constituencies," an election commission spokesperson told reporters here. Mandya is about 80 km from Bangalore.

Though polling booths opened at 8 a.m., at many places voting started late because of technical glitches, the spokesperson said.

The bypolls follow resignation of Janata Dal-S Lok Sabha members H.D. Kumaraswamy and N. Cheluvarayaswamy after they got elected to the state assembly in May.

The two constituencies will see direct fight between the JDS and the ruling Congress party as the Bharatiya Janata Party withdrew its candidates in support of the former.

Kumaraswamy has fielded his wife Anita Kumaraswamy from Bangalore Rural.

There are 11 independents in the fray in Bangalore Rural.

In Mandya, the battle is between popular Kannada film actress Ramya of the Congress and C.S. Puttaraju of JD-S.