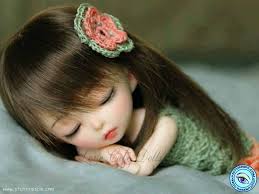 Washington: Did you know that while you sleep, there are genes in the brain that are actually turned on? Scientists now say that these genes are vital for the repair and growth of brain cells.

Scientists in the US have now established that adequate sleep boosts the production of specific brain cells, called oligodendrocytes, that produce the protective layer around the organ.

Oligodendrocytes make myelin (the protective layer) in the healthy brain and in response to injury. Much like the insulation around an electrical wire, myelin allows electrical impulses to move rapidly from one cell to the next.

According to an animal study published in the Sep 4 issue of The Journal of Neuroscience, these findings could one day lead scientists to new insights about the role sleep plays in brain repair and growth, reports Science Daily.

Scientists have known for years that many genes are turned on during sleep and off during periods of wakefulness.

In the current study, Chiara Cirelli, MD, PhD, and colleagues at the University of Wisconsin, Madison, measured gene activity in oligodendrocytes from mice that slept or were forced to stay awake.

The group found that genes promoting myelin formation were turned on during sleep. In contrast, the genes implicated in cell death and cellular stress response were turned on when the animals stayed awake.

"These findings hint at how sleep or lack of sleep might repair or damage the brain," said Mehdi Tafti, PhD, who studies sleep at the University of Lausanne in Switzerland. Tafti, however, was not involved in the study reported in the Sep 4 issue of the Journal of Neuroscience.