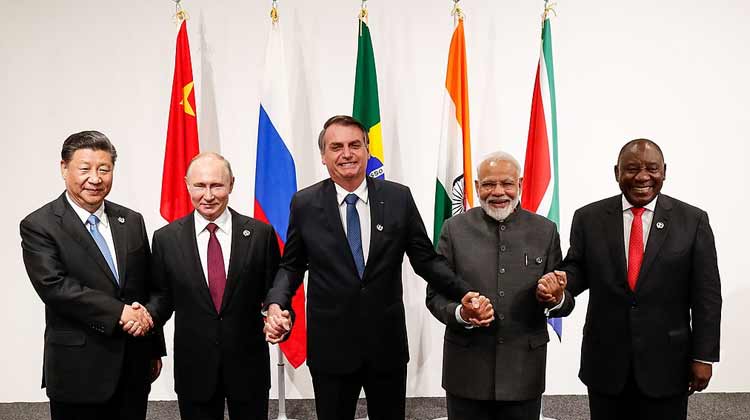 St. Petersburg: Endorsing India's stand and hours before the official opening of the G20 Summit here, the BRICS nations Thursday called for an orderly exit of unconventional monetary policies like fiscal stimulus instituted by rich nations, as they had already hurt emerging economies hard and had the potential to damage their growth prospects further.

The leadership of the five emerging economies -- Brazil, Russia, India, China and South Africa, collectively called the BRICS nations -- also expressed satisfaction over the good progress made towards the establishment of the BRICS-led New Development Bank (NDB) and the contingent reserve arrangement (CRA).

"On the CRA, consensus has been achieved on many key aspects and operational details regarding its establishment. As agreed in Durban, the CRA will have an initial size of $100 billion," said an official communique issued by the Indian side, which is being led by Prime Minister Manmohan Singh.

"As agreed in Durban, the CRA will have an initial size of US$100 billion. Country's individual commitments to the CRA will be as follows: China: $41 billion, Brazil, India, and Russia: $18 billion each, and South Africa: $5 billion," the communique added.

The fund is intended to help emerging economies and poor nations in easing their short-term liquidity pressures and keeping their financial stability.

Briefing journalists later, Foreign Secretary Sujatha Singh said while concerns were expressed in the passing about the situation in West Asia, the issue of Syria specifically was not raised by BRICS leaders.

"PM at BRICS- There are persisting challenges for the global economy and various political turbulances, especially in West Asia," said a tweet posted by Prime Minister's Office.

In light of the increase in the volatility in financial market and capital flows during recent months, the leaders again expressed their concerns over the "unintended negative spillovers of unconventional monetary policies" of certain developed economies.

"They emphasized that the eventual normalization of monetary policies needs to be effectively and carefully calibrated and clearly communicated," the communique said.

The Indian prime minister has maintained that rich nations, which are showing signs of recovery, must not pursue policies that hurt the developing world and that the collective focus of all must be on job creation and investment promotion in a bid to spur growth and sustain it.

"Though there are encouraging signs of growth in industrialised countries, there is also a slowdown in emerging economies, which are facing the adverse impact of significant capital outflows," he had said in a statement ahead of the summit.

"I will emphasise in St. Petersburg the need for an orderly exit from the unconventional monetary policies being pursued by the developed world for the last few years, so as to avoid damaging the growth prospects of the developing world," he added.

During their meeting, the leaders of the five BRICS nations also noted with concern the continued slow pace of the recovery, high unemployment, and the on-going challenges and vulnerabilities in the global economy, particularly in advanced economies.

They felt major economies, including G20, could do more to boost global demand and market confidence.

On the proposed BRICS bank, the communique said progress has been made in negotiating its capital structure, membership, shareholding and governance. The bank, it added, will have an initial subscribed capital of $50 billion from the five BRICS countries.

"In light of the progress achieved both in the negotiations of the NDB and CRA, the BRICS leaders expect tangible results by the time of the next summit."