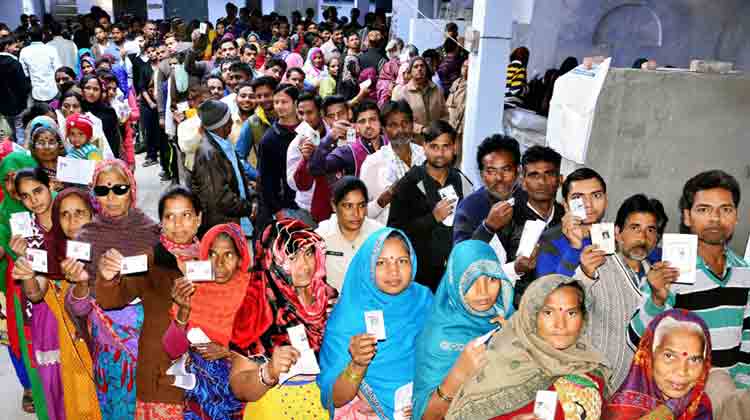 New Delhi: In a significant verdict, the Supreme Court Friday said that for a vibrant democracy the voter has the right to negative voting by rejecting all the candidates in fray by exercising the option of None of the Above (NOTA) in EVMs and ballot papers.

The apex court bench of Chief Justice P.Sathasivam, Justice Ranjana Prakash Desai and Justice Ranjan Gogoi said that negative voting would gradually lead to systemic changes as political parties will have to respect the will of the people in selecting their candidates.

Pronouncing the judgment, Chief Justice Sathasivam said the mechanism of negative voting is necessary and vibrant part of democracy.

The court directed the election commission to introduce a button providing for NOTA in the EVMs and also in trhe ballot papers.

It asked the central government to provide all assistance to the election commission in introducing NOTA option in the EVMs and ballot papers.

The People's Union for Civil Liberties (PUCL) had moved the apex court in 2004 with a plea that voters should have a right to negative vote, saying that it does not want to vote any of the candidates listed in EVM.

It had sought directions to Election Commission (EC) to make provision in the EVMs providing option "None of the Above" and the right to say NOTA should be kept secret.

The apex court bench of Justice B.N.Agrawal (since retired) and Justice G.S.Singhvi by their Feb 23, 2009 judgment while referring the matter to a larger bench had framed two questions for the court to examine "whether the right of voter to exercise his choice for the candidate is a necessary concomitant of the voter's freedom of expression guaranteed under Article 19(1)(a) of the Constitution".

The court on the second aspect had said, "We are further of the view that width and amplitude of the power of the (Election) Commission under Article 324 needs further consideration by a larger Bench in the light of the (earlier) judgments of this court whereby the elector's right to be informed about the assets and antecedents of the persons seeking election to the legislature has been duly recognized".