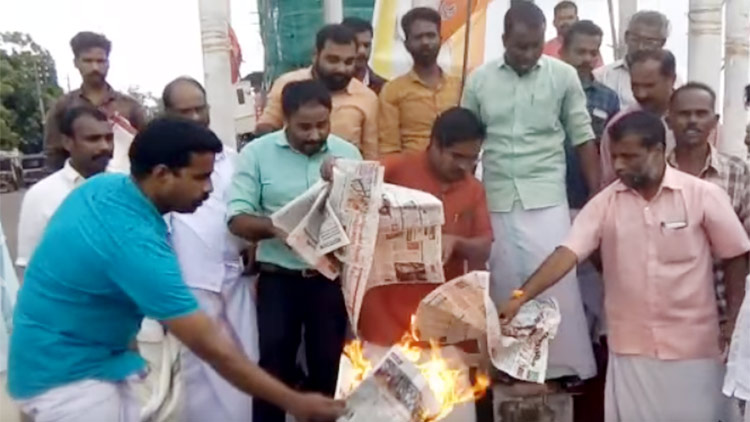 Thiruvananthapuram: In a major offensive against the Congress-led United Democratic Front government in the State, hundreds of Yuva Morcha workers have begun a Secretariat siege here on Monday demanding resignation of Chief Minister Oommen Chandy in the view of his office’s involvement in the solar scam.

Two out of the four gates came under blockade from early hours, with hundreds of activists occupying the roads leading to them.

Though the activists tried to block the Cantonment gate, the police managed to disperse the crowd and made way for the employees to enter the office. The protest will end by 5 pm.

The police, in the wake of the visit of Congress president Sonia Gandhi, had requested the outfit to shift the date of the siege. However, the leaders of the organisation rejected the demand.

Sonia Gandhi, who is on a two-day visit to the State which began Sunday, is to attend a government programme at the Central Stadium near the Secretariat building here.