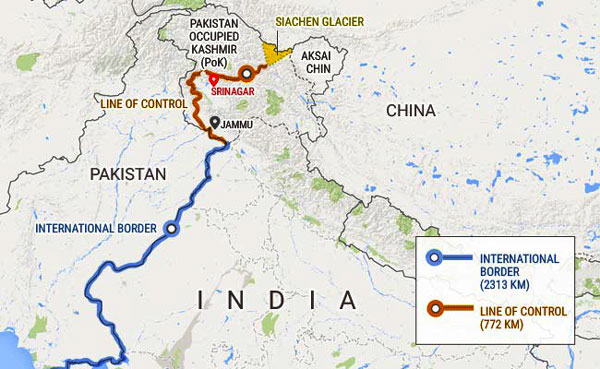 Srinagar: Two militants were killed by the Indian Army in kupwara district of Kashmir Friday where the army foiled an infiltration bid.

Two intruding guerrillas were killed in the Keran sector of the Line of Control (LoC) where alert troops of the army spotted a group of infiltrating guerrillas and challenged them, a defence spokesman told IANS.

The army's operation against the 30-40 infiltrators in Keran sector has entered the 11th day today.

The army has claimed to kill 15 of these surrounded militants but so far no bodies have been recovered.

Defence sources also told IANS that for the last 24 hrs, the probing fire by the army has not been returned by the militants in the area where the army is proceeding very cautiously to clear the cordoned area.