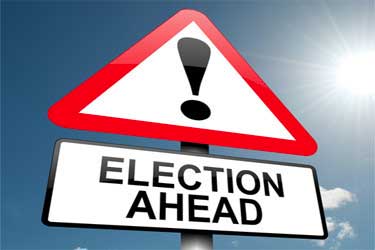 New Delhi: Assembly elections will take place in Delhi, Rajasthan, Madhya Pradesh, Chhattisgarh and Mizoram in November-December, and the results will be known Dec 8, it was announced Friday.

While polling will take place in Chhattisgarh Nov 11 and 19, Madhya Pradesh will see a day's balloting Nov 25. Rajasthan will vote Dec 1, and Delhi and Mizoram on Dec 4, Chief Election Commissioner V.S. Sampath told the media.

He said a total of 110 million people will be eligible to vote in the elections, which comes months before the Lok Sabha elections due in 2014.

By-elections will simultaneously take place in the assembly constituencies of Surat West in Gujarat and Yercaud in Tamil Nadu.

"All measures are in place to conduct free and fair polls," Sampath said, putting the number of polling stations at 130,000 in all five states.

The Congress and the Bharatiya Janata Party (BJP) will be the main players in Delhi, Rajasthan, Chhattisgarh and Madhya Pradesh although the Aam Aadmi Party (AAP) has emerged as a third force in the national capital.

While the Congress rules Delhi, Rajasthan and Mizoram, the BJP governs Madhya Pradesh and Chhattisgarh.