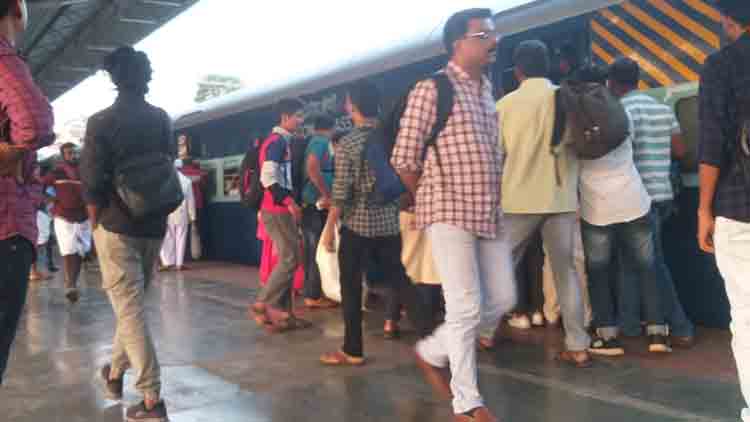 New Delhi: Train passengers will have to pay two percent more from midnight Oct 6-7 to adjust for the increase in fuel costs, a statement said Friday.

This is the second fare hike after the railways increased passenger fares in January after 10 years.

Railway sources said fares in all classes in all mail and express trains would be two percent more than existing fares from Oct 6-7 midnight.

According to the statement, there will be no increase in either second class ordinary (suburban) or second class monthly ticket fares.

However, fares for second class ordinary (non-suburban) would go up by a maximum of Rs.5 in select distance slabs, while there would be no change in existing fares in the other distance slabs.

According to the statement, "the railways has now decided to revise passenger fare and freight tariffs linking it with Fuel Adjustment Component (FAC)".

The railways would earn around Rs.450 crore in the remaining six months of the financial year due to fare hike and Rs.700 crore due to freight rate hike, said the statement.

In the Railway Budget 2013-14, a proposal to implement the FAC-linked tariff revision, bi-annually in sync with increase in fuel costs was introduced.

While the proposal was implemented in the case of freight tariffs from April 4, passenger fares were kept out of the purview of FAC-linked revision on the ground that these had been revised upwards after a gap of 10 years Jan 22, 2013.