EU summit kicks off amid US spying allegations 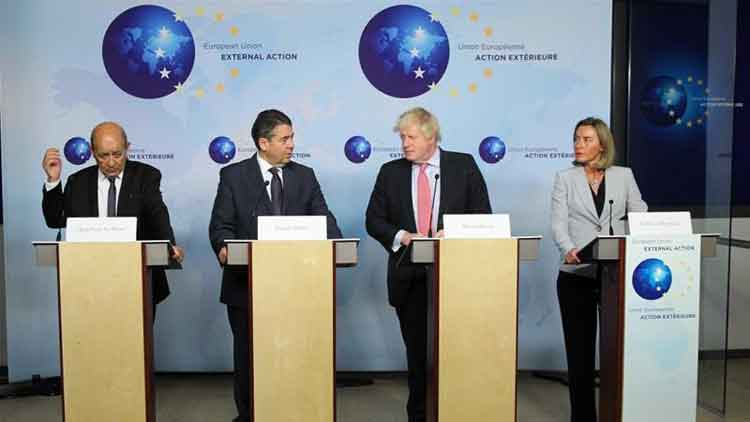 Brussels: Top leaders of the European Union (EU) gathered here Thursday for a two-day summit that is likely to be dominated by the alleged US spying on its allies, Xinhua reported.

Although the summit is to focus on digital economy, growth and jobs, as well as the economic and monetary union, many EU leaders from the 28 member states expressed anger over the fresh reports of US spying on them.

German Chancellor Angela Merkel said the alleged US spying on her mobile phone communications was "unacceptable". In a phone call on the eve of the summit, she told US President Barack Obama that trust among allies would need to be rebuilt.

Earlier Thursday, the German foreign ministry summoned the US ambassador as German politicians voiced their outrage over the allegations, which were denied by the White House.

This week, French President Francois Hollande also asked for an explanation from Obama following allegations of US spying on millions of French phones.

The latest spying allegations come months after European media reported, based on the information leaked by Edward Snowden, that the US national security agency had bugged EU offices.

European Council President Herman Van Rompuy insisted Thursday that the summit would still discuss economic and social issues, adding that growth could return to most EU member states in the coming year.

But the summit's planned topics could be further overshadowed by immigration concerns in the aftermath of a shipwreck off an Italian island. British Prime Minister David Cameron has urged EU institutions to cut red tape on business.