'Junk DNA' in brain may cause schizophrenia 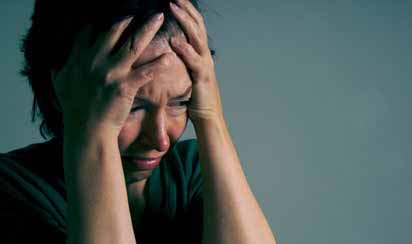 Tokyo: Often dubbed 'junk DNA', retrotransposons - short sequences of DNA that autonomously amplify and move around the genome - may play a key role in developing schizophrenia.

A team of researchers in Japan found that a class of retrotransposons named Long Interspersed Nuclear Elements (LINE-1) in the schizophrenia brain modify the expression of genes related to schizophrenia during brain development and may be one of the causes of the disease.

The team led by Kazuya Iwamoto from the University of Tokyo and Tadafumi Kato from the RIKEN Brain Science Institute demonstrated that the number of LINE-1 copies is elevated in the post-mortem brains of patients with schizophrenia.

The results showed that exposure to environmental risk factors during development, as well as the presence of genetic risk factors for schizophrenia, can lead to increased levels of LINE-1 in neurons, said the study published in the journal Neuron.

“Our findings strongly suggest that abnormal, enhanced retrotransposition of LINE-1 in neurons, triggered by environmental factors and/or combined with a genetic risk factor, plays a defining role in schizophrenia," concluded the authors.

"Previously, schizophrenia was regarded as a disease caused by gene-environment interactions, but our study shows that the environment can alter the genome and may contribute to the disease," explained Kato.

LINE-1 have been shown to be more abundant in brain cells than in other cells in the body in adults, providing evidence for enhanced activity of LINE-1 in the human brain. However, the role played by LINE-1 in mental disorders, and in particular schizophrenia, has remained unclear till date.

LINE-1 retrotransposons make up a large part of the eukaryotic genome and it is believed that they may contribute to a number of disorders and diseases such as cancer.