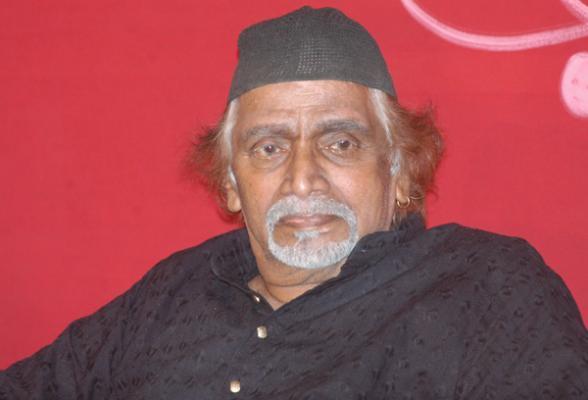 Thiruvananthapuram: Malayalam playback singer K.P. Udayabhanu, who rendered scores of songs noted for their emotional depth, died here Sunday night. He was 77 and had been keeping unwell for quite some time, film industry sources said.

An artiste with All India Radio for decades, Udayabhanu had sung several songs for Malayalam cinema, out of which many were all-time hits. He, however, never made films his full time career.

He made his debut with the mid-1950s hit 'Nayaru Pidicha Pulivalu', in which he sang a popular number penned by eminent director and writer P Bhaskaran for which music was set by K Raghavan, who died only a few months ago.

After the debut, Udayabhanu was roped in not only by Raghavan, also his colleague with AIR, and M.S. Baburaj but also by other top-notch composers like G. Devarajan.

Udayabhanu's career peaked with his all-time hits in 'Ramanan', based on the pastoral elegy written by one of the greatest Malayalam poets Changapuzha Krishna Pillai.

"For the movie adaptation of the poetic work, Raghavan master composed music to the lines of Changanpuzha and he had no one else but Udayabhanu to sing those sings," Balagopal told PTI.

Udayabhanu also enriched the 'light music' branch by singing and giving music to scores of songs during his long years with AIR.