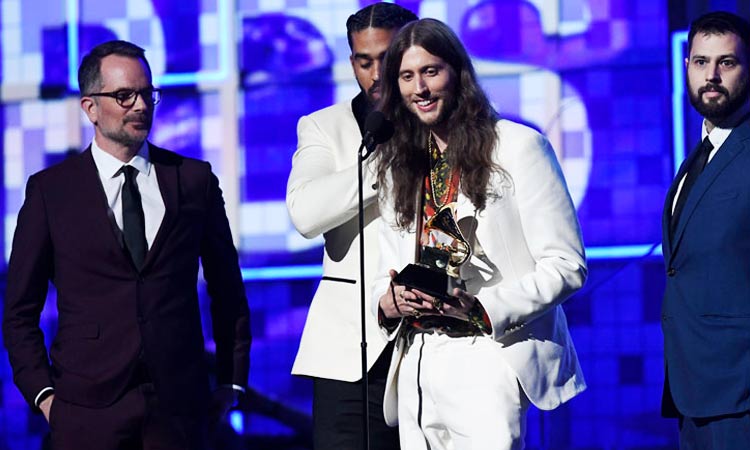 The ceremony was held Sunday at the Los Angeles Staples Center.

The other songs nominated in the category were "God is dead?" By Black Sabbath and "Panic station" by Matthew Bellamy from the British band Muse.