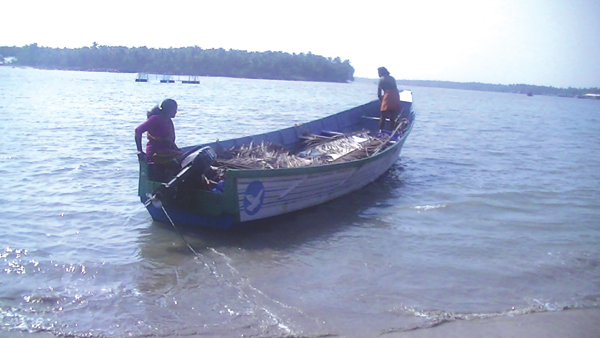 Nilambur: Electricity Minster Aryadan Muhammed’s former personal assistant Biju Nair, who was arrested over the murder of a woman at the Congress block office at Nilambur a few days ago, has been booked for rape.

The rape charge has been specified in the final report submitted at the court on Monday after including the latest findings.

The report, at the same time, does not mention about the timing the dead body of Radha, the victim, was taken out from the party office. It also does not include information on the two organizations the victim worked with earlier.

The police had earlier confirmed that Radha had been raped before she was strangulated.

The police confirmation was on the basis of the post-mortem report. However, it was yet to be confirmed whether there was any sexual intercourse before the murder.

Inspector General of Police (Thrissur) S. Gopinath, who visited Nilambur and supervised a dummy exercise by making the two accused re-enact the crime on Sunday, had said that the plastic handle of a two-metre-long ceiling broom was found to have been thrust into the victim’s vagina. “It was technically a clear case of rape,” the IG said.

The 2013-amendment of Indian Penal Code (Section 375) has widened the scope of rape. Parliament made the amendments following widespread protests in the wake of the 2012 brutal gang rape in Delhi.

Penetration of any object into the private parts of a woman can be considered rape, according to the new law.