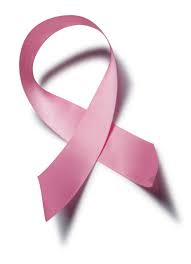 Washington: US researchers said Monday they have developed a simple, cheap paper test that could reveal within minutes whether a person has cancer.

The diagnostic, based on a urine sample, works much like a pregnancy test, researchers from the Massachusetts Institute of Technology (MIT) reported in the US journal Proceedings of the National Academy of Sciences, according to Xinhua.

The approach involves using a technology to amplify signals from tumour proteins that would be hard to detect on their own, simply by injecting special nanoparticles into the body, the researchers said.

These nanoparticles, coated with peptides, can interact with tumour proteins called proteases. In a patient's body, these particles congregate at tumour sites, where cancer proteases cleave the peptides, which then accumulate in the kidneys and are excreted in the patient's urine.

These biomarkers are easily detectable using an approach known as a lateral flow assay, the same technology used in pregnancy tests.

In tests in mice, the researchers were able to accurately identify colon tumours, as well as blood clots.

MIT professor and the paper's senior author Sangeeta Bhatia described these tests as the first step toward a diagnostic device that could someday be useful in human patients.

"This is a new idea -- to create an excreted biomarker instead of relying on what the body gives you," Bhatia said. "To prove this approach is really going to be a useful diagnostic, the next step is to test it in patient populations.

Bhatia said the technology would likely first be applied to high-risk populations, such as people who have had cancer previously, or had a family member with the disease. Eventually, she would like to see it used for early detection in developing countries, where cancer rates have climbed sharply in recent years.

With the current version of the technology, patients would first receive an injection of the nanoparticles, then urinate onto the paper test strip. To make the process more convenient, the researchers are now working on a nanoparticle formulation that could be implanted under the skin for longer-term monitoring.