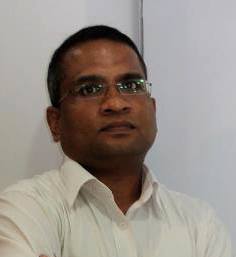 California: As the popular social networking site Facebook goes on an acquisition spree, its founder Mark Zuckerberg now has plans to make it more sci-fi in the near future.

In the latest post, he has revealed that drones, satellites and lasers are being developed at Facebook's connectivity lab to deliver the internet to "the next 3 billion people" in underdeveloped countries.

"For suburban areas in limited geographical regions, we have been working on solar-powered high altitude, long endurance aircraft that can stay aloft for months, be quickly deployed and deliver reliable internet connections," Zuckerberg announced.

"For lower density areas, low-earth orbit and geosynchronous satellites can beam internet access to the ground," he added.

According to him, in their effort to connect the whole world with Internet.org, they have been working on ways to beam internet to people from the sky.

He admitted that new technology was the key to expanding the internet's reach.

"Our team has many of the world's leading experts in aerospace and communications technology, including from NASA's Jet Propulsion Lab and Ames Research Center," the post revealed.

Facebook is also reported to buy Texas-based Titan Aerospace that makes drones that can fly solo for five years without needing to land for $60million.